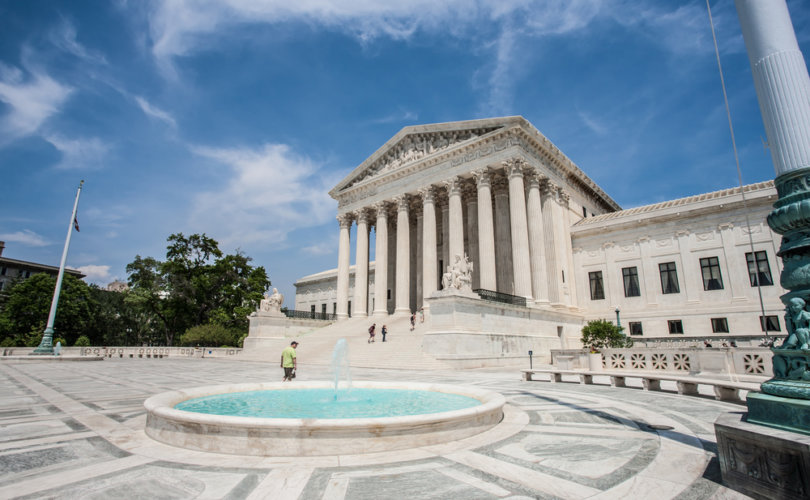 (LifeSiteNews) — A duo of attorneys slated to argue the pro-abortion side in the crucial Dobbs v. Jackson Women’s Health case on the U.S. Supreme Court docket will come to the Court with a pedigree of radical left-wing political involvement and anti-life activism.

Between them, the lawyers have fought to obliterate life-saving legislation, clerked for radically pro-abortion justices, served as legal counsel for an establishment media conglomerate, and worked directly on the conspiracy to oust former President Donald Trump from office over his alleged collusion with Russia in the 2016 election, a conspiracy theory which has since been debunked.

Their radical political affiliations could have a strong bearing on how they argue in the monumental abortion case in the Supreme Court when oral arguments begin December 1.

Widely recognized by both pro-life and pro-abortion advocates as having the potential to overturn existing legal precedent treating pre-viability abortion as a “constitutional right,” Dobbs v. Jackson concerns Mississippi’s HB 1510 law which bans abortions later than 15 weeks gestation for any reason other than physical medical emergencies or severe fetal abnormalities.

The Supreme Court had announced in May it would hear the case, and has since received a deluge of amicus briefs which have called upon the Court to overturn both Roe v. Wade (1973) and Planned Parenthood v. Casey (1992), the landmark cases which established and affirmed the “constitutional right” to abortion throughout the U.S.

The lead counsel in the case against overturning Roe and Casey is Julie Rikelman, Litigation Director for the Center for Reproductive Rights (CRR), who has spent much of her career fighting to eliminate protections for unborn babies.

According to a profile published on the CRR website, Rikelman has held her current position since 2012, a year after she re-joined the Center as a Senior Staff Attorney in 2011 following a stint as Vice President of Litigation at establishment media conglomerate NBC Universal.

Prior to that, Rikelman was a Blackmun Fellow with CRR from 1999–2001. The fellowship was named after Supreme Court Justice Harry Blackmun who authored the Court’s 1973 decision in Roe v. Wade.

In her role leading litigation against pro-life laws, Rikelman is credited with “developing an innovative legal strategy,” claiming that laws requiring women to obtain ultrasounds to see their growing baby prior to getting an abortion violate the First Amendment.

The CRR litigation director has also been directly involved in trying to keep Jackson Women’s Health — the abortion clinic named in the Supreme Court case and Mississippi’s last remaining abortion facility — open despite pro-life legislation in the state.

A graduate of Harvard College and Harvard Law School, Rikelman had clerked for Dana Fabe of the Supreme Court of Alaska, who ruled in 2016 that abortionists need not notify parents before doing abortion procedures on minors.

She succeeded in obtaining a narrow 5-4 ruling in favor of the abortion mill by convincing the slim majority of the Court to uphold a 2016 precedent in which a similar Texas law was struck down in Whole Woman’s Health v. Hellerstedt.

Pro-lifers are hopeful that following Ruth Bader Ginsburg’s replacement with ostensibly conservative Catholic Justice Amy Coney Barrett late last year, the Court will be better positioned to reevaluate precedent in Dobbs and rule in a manner favorable to protecting the unborn.

Rikelman has acknowledged that “[i]f the Supreme Court upholds” the Mississippi abortion ban, “it will have effectively overturned Roe v. Wade.”

Joining Rikelman on the docket is Solicitor General Elizabeth Prelogar, appointed by the Biden administration in October.

Prelogar made her debut as solicitor general arguing against Texas’ right to enact its life-saving Heartbeat Act, which effectively bans abortions in the Lone Star State by forbidding any abortion after a fetal heartbeat can be detected, which is usually around six weeks gestation.

Prelogar called Texas’ law “an attack on the authority of this court to say what the law is,” adding that the Texas law was enacted in “open defiance” of the Supreme Court precedents in Roe and Casey.

Prior to her October appointment as solicitor general, Prelogar was a senior counselor at the Department of Justice (DOJ).

During her time in the DOJ Prelogar worked as Assistant Special Counsel to Robert Mueller in the specious investigation of then-President Donald Trump for alleged collusion with Russia in the 2016 election, a baseless allegation which has since been debunked.

Previously, Prelogar clerked for radically pro-abortion Supreme Court justices Ruth Bader Ginsburg and Elena Kagan. She had also clerked for Judge Merrick Garland while he was in the U.S. Court of Appeals prior to his appointment as U.S. Attorney General this year, in which role he has drawn fire for allegedly launching a domestic terrorism investigation against parents concerned about radical racial and sexual ideologies perpetuated in school curricula.

Rikelman and Prelogar are set to argue for maintaining precedent by upholding Roe v. Wade and Planned Parenthood v. Casey.

They will argue in opposition to Mississippi solicitor general Scott Stewart, who is set to defend his state’s contention that the Supreme Court rulings establishing a constitutional “right” to abortion were “egregiously wrong” with “no basis in text, structure, history, or tradition.”

Appointed to his role in March, Stewart had clerked for staunchly pro-life Justice Clarence Thomas and served in the Trump administration’s Justice Department, in which he defended a Trump administration policy that opposed the facilitation of abortions for unaccompanied minors who had crossed the southern border illegally.

Oral arguments are set to begin in Dobbs v. Jackson on December 1. A decision is anticipated in the case by next summer.