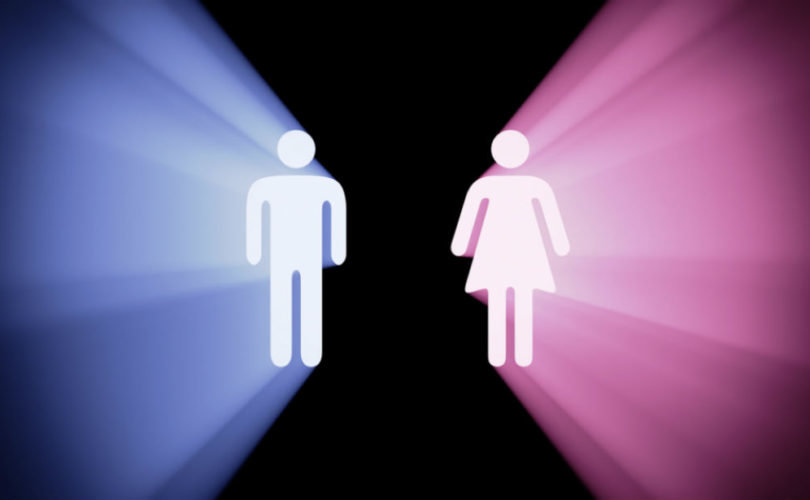 VANCOUVER, British Columbia, June 13, 2019 (LifeSiteNews) — Lawyers for a 14-year-old Canadian girl transitioning to a “boy” over her father’s objections are ramping up legal pressure to suppress public information on the case.

Their latest target is Rebel Media’s Keean Bexte’s video interview with Cary Linde, one of the lawyers for the father, whose legal battle to stop his teenage daughter from receiving testosterone shots has received international attention.

“The lawyers for the child seek to put an information bubble around the whole thing,” Linde told LifeSiteNews. “They want to just sort of lock the courthouse doors, they don’t want anybody to hear or know anything about any of this.”

Bexte reported last week that lawyers for the daughter, who is anonymized as “A.B.” in court documents, warned Linde and co-counsel Herb Dunton that if the Rebel Media interview was not “expunged from the internet” by May 29 “there will be hell to pay.”

The father, anonymized as “C.D.” in court files, is under a protection order issued by Justice Francesca Marzari in April that forbids him from speaking to any outside party or sharing any information about the case.

Marzari also ordered C.D. to comply with Justice Gregory Bowden’s February 27 ruling, which declared A.B. did not need her father’s consent to have testosterone treatments, and that any attempt to persuade her not to transition, or to refer to her with female pronouns or by her birth name constituted “family violence” under the province’s Family Law Act.

If the father does not comply with Marzari’s order, he can be arrested, convicted, and jailed for contempt of court.

C.D. is separated from his wife and they have joint custody of the teenager. He believes his “very vulnerable” and troubled daughter is too young to understand the consequences of taking testosterone, which has irreversible effects, and that activists are using her to push their agenda.

A.B.’s legal team includes LGBT activists Kay Scorer and barbara findlay. Findlay calls herself a “queer feminist lawyer” and spells her name without capitalizations. They are going to court June 25 for an order to compel the father to instruct Linde to remove documents about the case he posted on his website, divorce-for-men.com, Linde told LifeSiteNews.

In his report, Rebel Media’s Bexte shows a letter to Linde and Dunton from Hunter Litigation Chambers which he received from an “anonymous source.”

It states that because Linde identifies himself as C.D.’s lawyer and discusses “topics which C.D. is prohibited from publishing or sharing information directly or indirectly, such as A.B.’s sex and gender identity,” the videos “are in breach of the order.”

“The opposition characterizes the protection order to imply that there can be zero discussion about the child, gender, or sex, medicine, or anything or relating to the case,” Linde told LifeSiteNews.

“We disagree. That is the subject to be argued on the 25th.”

Indeed, so intent are A.B.’s lawyers in suppressing information on the case they sought an order from the B.C. court to compel the Pennsylvania-based journal The Federalist “to take down their blog on the subject,” Linde observed.

“Incredibly, a Supreme Court judge entertained the application, which was never served on The Federalist…that’s the first huge mistake,” he said. The other is that the order “is unenforceable in the United States.”

Thus, the psychologist who encouraged A.B. at age 13 to transition, and against whom C.D. has launched a medical complaint, is now referred to as “I.J.,” and the paediatric endocrinologist at BC Children’s Hospital, who told the father in December 2018 they didn’t need his consent to start hormone treatments because A.B. could make up her own mind, is “G.H.”

Linde didn’t post the Rebel Media interview on his website because he inadvertently used female pronouns when referring to A.B., and that violates Bowden’s ruling that “misgendering” the teen is “family violence,” he told LifeSiteNews.

Indeed, anyone who “misgenders” A.B. could be found in violation of Bowden’s order, Linde contends.

As well as the June 25 hearing, the father’s lawyers will be in court “within the next couple of weeks” to seek an order to stop A.B.’s testosterone injections, pending their appeal of both Bowden’s and Marzari’s rulings, he said.

The appeal will be heard in Vancouver September 4 and 5 and is open to the public.

The case is unprecedented and has far-reaching implications for freedom of speech in Canada, Linde warns.

“These issues have not been litigated in this country, so this case or a case like it has to go to the Supreme Court of Canada,” he told LifeSiteNews.

Moreover, with the father not backing down, there’s no telling what his adversaries will do.

“People don’t realize the extent to which the people who are pushing these issues whatever they be…this collectivity of identity politics, they don’t play fair,” Linde told Bexte.

“Because this case and this man, my client, is challenging them as they’ve never been challenged before, and we’re going for broke.”