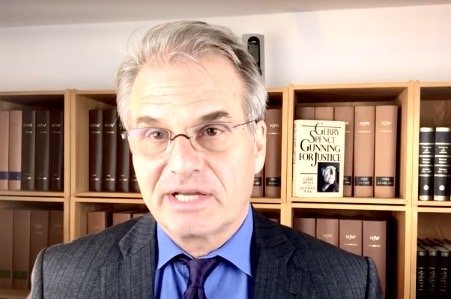 GÖTTINGEN, Germany, October 8, 2020 (LifeSiteNews) – An international group of lawyers is preparing to sue the World Health Organization (WHO) over damages inflicted on large parts of the population by the coronavirus lockdowns.

In a lengthy video released October 3, German lawyer Dr. Reiner Fuellmich explained, “Under the rules of civil tort law, all those who have been harmed by these PCR test-induced lockdowns are entitled to receive full compensation for their losses. In particular, there is a duty to compensate, i.e. a duty to pay damages for the loss of profits suffered by companies and self-employed persons as a result of the lockdown and other measures.”

Fuellmich and his colleagues argue that PCR tests, as promoted by the WHO and other organizations, as well as numerous public health officials, are to be blamed for the lockdowns.

Contrary to assertions by the WHO, German virologist Christian Drosten and Lothar Wieler of the German Robert Koch-Institut (roughly equivalent to the U.S. Centers for Disease Control and Prevention), PCR tests “do not give any indication of an infection with any virus, let alone an infection with SARS-CoV-2,” Fuellmich said.

“Not only are PCR tests expressly not approved for diagnostic purposes, as is correctly noted on leaflets coming with these tests, and as the inventor of the PCR test, Kary Mullis, has repeatedly emphasized,” he continued. “Instead, they are simply incapable of diagnosing any disease.”

“Contrary to the assertions of Drosten, Wieler and the WHO, which they have been making since the proclamation of the pandemic, a positive PCR test result does not mean that an infection is present,” Fuellmich emphasized. “If someone tests positive, it does not mean that they are infected with anything, let alone with a contagious SARS-CoV-2 virus.”

In this context, Fuellmich referred to a publication of the U.S. Centers for Disease Control and Prevention (CDC) that stated, “Detection of viral RNA may not indicate the presence of infectious virus or that 2019-nCoV is the causative agent for clinical symptoms.”

“The PCR swabs take one or two sequences of a molecule that are invisible to the human eye and therefore need to be amplified in many cycles to make it visible,” the lawyer explained. “Everything over 35 cycles is — as reported by The New York Times and others — considered completely unreliable and scientifically unjustifiable.”

In fact, the PCR test used to test for COVID-19 was first developed by Drosten. These tests, as Fuellmich said, “are set to 45 cycles. Can that be because of the desire to produce as many positive results as possible and thereby provide the basis for the false assumption that a large number of infections have been detected?”

“The test cannot distinguish inactive and reproductive matter,” he continued. “That means that a positive result may happen because the test detects e.g. a piece of debris, a fragment of a molecule, which may signal nothing else than that the immune system of the person tested won a battle with the common cold in the past.”

Even Drosten had recognized this problem in 2014, Fuellmich argued, when the virologist said in the context of MERS, another viral respiratory illness, “If, for example, such a pathogen scurries over the nasal mucosa of a nurse for a day or so without her getting sick or noticing anything else, then she is suddenly a MERS case.”

Fuellmich summarized, “In short: This test cannot detect any infection, contrary to all false claims stating that it can. An infection, a so-called hot infection, requires that the virus, or rather: a fragment of a molecule which may be a virus is not just found somewhere, e. g. in the throat of a person without causing any damage (that would be a cold infection).”

“Rather, a hot infection requires that the virus penetrates into the cells, replicates there and causes symptoms such as headaches, or a sore throat. Only then is a person really infected in the sense of a hot infection, because only then is a person contagious, that is: able to infect others. Until then, it is completely harmless for both the host and all other people that the host comes into contact with.”

While class action lawsuits are not an option in most of the world, Fuellmich and his colleagues want to go to court in the United States or Canada, where this special type of lawsuit is a regular part of legal practice. This class action lawsuit can then be joined by “all affected parties worldwide.”

“Through an international lawyers’ network which is growing larger by the day, the German group of attorneys provides to all of their colleagues in all other countries — free of charge — all relevant information, including expert opinions and testimonies of experts showing that the PCR tests cannot detect infections,” he announced.

1
Former White House COVID coordinator admits she didn’t think the jabs would stop the spread
2
Gov’t database reveals 10,000% increase in cancer reports due to COVID vaccines
3
Christian cartoonist demonstrates the irony and absurdity of our fashionable ‘woke’ agenda
4
COVID as bioweapon? Chinese military document shows preparation for ‘biological’ third world war
5
It was never a ‘pandemic of the unvaccinated’ and official public health data prove it
Subscribe to Daily Headlines »