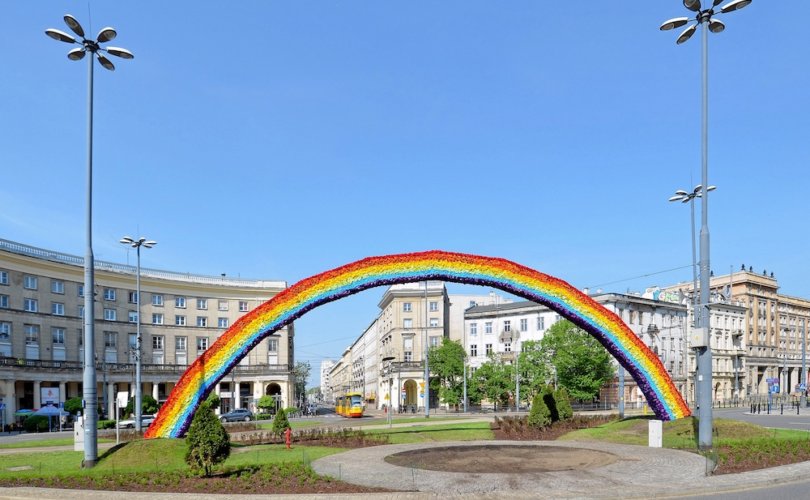 WARSAW, Poland, July 28, 2016 (LifeSiteNews) — “The court protects LGBT consumers. The first such verdict in Poland!” proclaimed Campaign Against Homophobia (CAH), a Polish LGBT group, but a closer look reveals that claims of a victory are premature if not downright false.

The group’s website explains that a printing shop employee who refused a service to the LGBT Business Forum was found guilty of a misdemeanor. The employee declined to work with the organization’s graphics, writing in an email, “We will not participate in promoting LGBT with our work.” The District Court in Łódź-Widzew in central Poland fined him $50 (200 zł).

CAH is one of the most vocal organizations of its kind in Poland. The group boasts several sponsors and partners, among them the U.S. Embassy, George Soros’ Open Society Foundation, and the Rosa Luxemburg Foundation (named after a Communist revolutionary who wanted “to destroy capitalism once and for all”).

Attorney Jerzy Kwaśniewski, whose Ordo Iuris Institute for Legal Culture is defending the accused, was surprised by media attention in the case because the verdict was not even valid at the time of CAH’s announcement on its website. This announcement appeared July 25 and the ruling had been no longer in force since July 1.

Kwaśniewski added that the legal weight of the infraction is similar to a petty misdemeanor, akin to traffic ticket or failing to pay a restaurant bill, neither of which is considered a crime in most circumstances. Kwaśniewski said the legal proceedings happened without the knowledge of the accused and without a prosecutor. The police petitioned the court, which automatically found the accused guilty and ordered a small fine (in this case $50). Only then was the verdict delivered, giving the accused a chance to defend himself.

According to Kwaśniewski, the police acted after government Advocate for Citizens’ Rights Ombudsman Adam Bodnar got involved. Bodnar was once the vice president of the Helsinki Foundation for Human Rights. The foundation has a strategic litigation program aimed “to attain breakthrough judgments that alter existing legal practice or regulations in relation to specific legal issues that are of particular concern from the standpoint of the protection of human rights.”

LifeSiteNews asked why the interests of LGBT should trump economic freedom and the freedom of conscience. Anna Mazurczak of Bodnar’s office wrote that the refusal of a publicly offered service to a LGBT group is a form of discrimination. She quoted the Polish Constitution, which states that nobody can be discriminated against in political, social and economic life for any reason. Mazurczak wrote that economic freedom, as well as the freedom of religion or belief, are limited. In this case, the economic freedom is limited by non-discrimination and by respect for inherent and inalienable human dignity.

Interestingly, an antiquated law written decades ago by a government notorious for abusing human rights and limiting freedoms is now being used by the LGBT group claiming their rights. Kwaśniewski points out that the plaintiff used a law written in 1971 by the Communists to “fight the speculators.” The law served to punish entrepreneurs who sold products “at too high prices” and “refused a promised service.” In fact, the law, considered a dead letter, is itself discriminatory toward business people, long considered enemies of Communism.

The daily Rzeczpospolita reported that the case was brought to the attention of the Minister of Justice and Prosecutor General Zbigniew Ziobro. He will oversee the proceedings to ensure an objective ruling. Ziobro said this [preliminary and now invalid] verdict was a dangerous precedent that “destroys the freedom of thought, beliefs and opinions, as well as economic freedom.”

The Minister of Justice wrote on its website that the courts are obligated to protect the freedom of conscience guaranteed by the Constitution. The courts have to protect the rights and freedoms of the citizens, he said. “No ideological motives justify violations of those fundamental rights.”