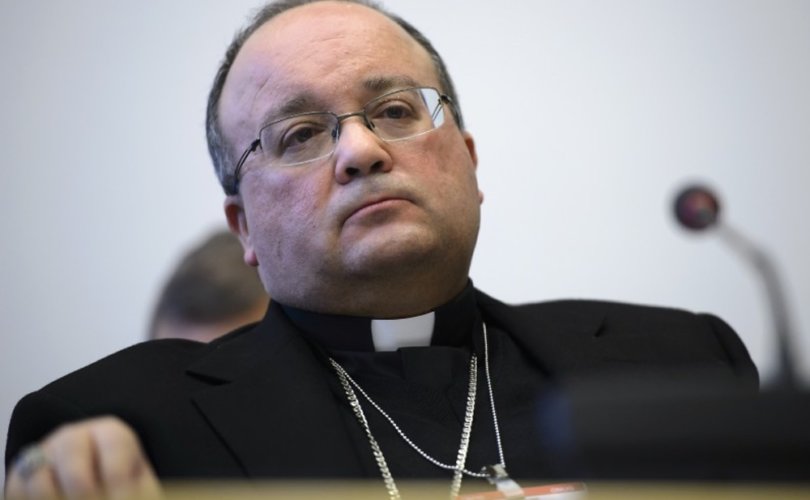 MADRID, February 18, 2019 (LifeSiteNews) — Archbishop Charles Scicluna of Malta said that “80 percent of the victims of clerical sexual abuse are male.”

In an interview with Spain’s El Pais newspaper, the Vatican’s lead investigator of clerical sexual abuse was asked whether he agrees with Cardinal Gerhard Müller the crisis is due to the large number of homosexual clerics. Archbishop Scicluna answered: “There has been a constant since 2001 regarding the sexual abuse of minors committed by Catholic clergy: 80% of the victims are male and over 14 years old. It is a fact; interpretation is something else.”

The Canadian-born Maltese prelate is the Adjunct Secretary of the Congregation for the Doctrine of the Faith, the curial body that deals with clerical sexual abuse, and has been the lead investigator in cases involving the Legionaries of Christ and the bishops of Chile.

Archbishop Scicluna told Reuters that the recent canonical sanction imposed on ex-cardinal Theodore McCarrick is a “very important signal” to Catholic clerics that no one is above the law. Last week, McCarrick — the former archbishop of Washington D.C. — was expelled from the priesthood after being found guilty by a Vatican commission of sex crimes committed against minors and adults.

Archbishop Scicluna said the unprecedented decision shows that the Church is taking the problem seriously. “It is a very important signal that, if we’re talking about accountability for bishops, we are actually doing it,” said the archbishop Scicluna. “We are walking the talk. There is also a very important signal for us bishops that we are not above the law … we should be judged according to the highest standards,” he said.

He told Crux last week that more cases like McCarrick’s can be expected. “If we haven’t found them yet, it means that we don’t know where they are,” Archbishop Scicluna told Crux. “I think that cases where instead of stewardship we bishops offer a poisoned chalice, should be disclosed and addressed immediately as a matter of urgency.”

When Archbishop Scicluna was asked whether a papal document or any concrete solutions to the problem can be expected, he answered, “Nothing is excluded. What is needful will be done. But there will not be a later papal document. The documents already exist; the pope wrote the Letter to the people of God. Now it must be applied.”

Regarding the practice of cover-ups of sexual abuse, Scicluna said “Every accusation must be investigated and never covered up. Whoever is guilty must be punished. Whoever is a risk, should not be in the Church. But relation with civil authorities should be respected.  If there is an obligation to report, it must be done. Where there is no such obligation, the victim must be informed about their right to go to the civil authorities. And if you decide to do it, you have to help the victim. But you have to act according to the civil laws of each place.”

In the past, Archbishop Scicluna’s statements about homosexuality have cause confusion. In Malta, same-sex civil unions were legalized in September 2017. Civil unions there have the sames rights and obligations as traditional marriage, including the right of joint adoption.

Archbishop Scicluna told Malta Indep in 2016 that homosexual civil unions are a “service to the dignity of these people.” In a video interview, he said, “I think that we should support legislation that gives same-sex partners their dignity and their social protection.” He added, “I think that redefining marriage is not something that should be decided at a party occasion. It has to be the object of mature reflection. Whatever the state decides, the Church will exercise its freedom to keep preaching and promoting marriage as has been given in the order of creation.”

However, in a 2003 document released by the Congregation for the Doctrine of the Faith before Archbishop Scicluna joined, the Church clarified that “respect for homosexual persons cannot lead in any way to approval of homosexual behaviour or to legal recognition of homosexual unions.”