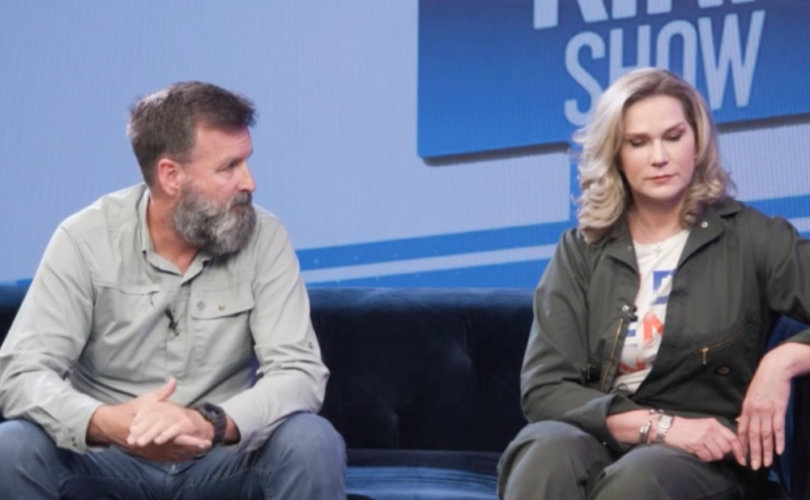 HOUSTON (LifeSiteNews) – Catherine Engelbrecht and Gregg Phillips of election fraud watchdog group True the Vote were jailed for contempt of court Monday for refusing to divulge the name of a source for their claims against election software company Konnech.

Votebeat Texas reports that the pair claim that last year they were given evidence by two individuals, Mike Hasson and another unidentified “analyst” who was also a confidential FBI informant, of Konnech’s alleged influence on the 2020 presidential election.

Konnech founder and CEO Eugene Yu currently faces felony charges in Los Angeles for allegedly giving contractors in China access to data that was supposed to remain in the United States, but the company has filed a civil suit against True the Vote, alleging that their claims has inspired threats against Yu’s family and harm to his reputation.

U.S. District Judge Kenneth Hoyt, an appointee of former President Ronald Reagan, ordered Engelbrecht and Phillips to disclose the name of the mystery analyst. “Every name I give you gets doxxed and harassed,” Engelbrecht argued according to the Houston Chronicle. Following the 20-minute hearing, Hoyt ordered the two be taken into custody for their refusal to comply.

Judge says he never got a straight answer on who was in the Dallas hotel room January, 2021, and he doesn’t know how many people were there. Judge says the way Phillips and Engelbrecht talked suggests True the Vote did have access to the hacked computer data, though they deny it.

“Trust, honesty, and respect will always be our highest values, regarding both our work and our lives,” Engelbrecht said in a statement. “As a result, we will be held in jail until we agree to give up the name of a person we believe was not covered under the terms of the judge’s [temporary restraining order]. We ask that you keep us in your prayers. Thank you to those who continue supporting and believing in us and our mission to make elections safe for all parties and for all people.”

Engelbrecht previously worked with conservative commentator Dinesh D’Souza on the documentary 2,000 Mules, which purported to present surveillance footage and cell phone geotracking data proving that thousands of individuals collaborated to drop off multiple ballots per person at different drop boxes throughout major swing states to help Joe Biden oust Donald Trump from the White House (although film’s thesis has been criticized due to the imprecision of geotracking technology and that, while third-party ballot drop-offs may be suspicious, they were not illegal in the affected states at the time).

The 2020 election was marred by allegations of pro-Democrat vote fraud, bolstered by the dramatic expansion of voting-by-mail in the name of COVID-19 “social distancing.” Twenty-eight states relaxed their mail ballot rules in 2020, contributing to a 17-million increase in voter participation from 2016. In addition to mail ballots generally being less secure than in-person votes, four of those states — Georgia, Michigan, Pennsylvania, and Wisconsin — changed their rules without legislative consent. Those four alone composed 56 of Biden’s electoral votes, more than enough to decide the victor.