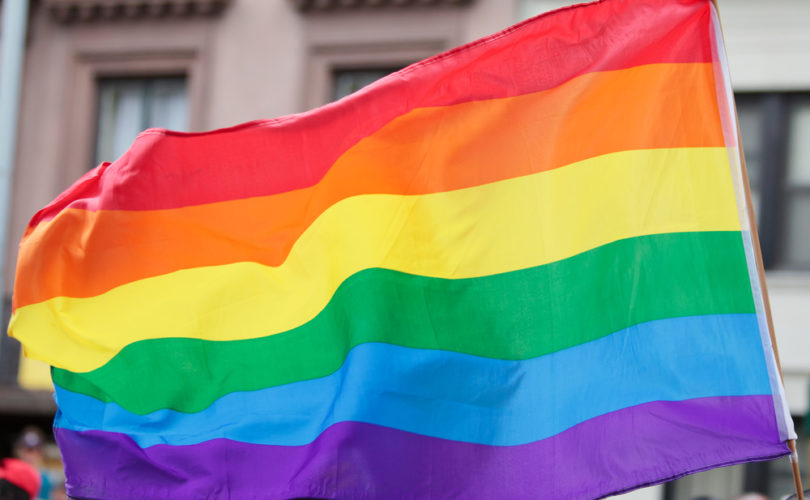 February 4, 2020 (LifeSiteNews) – Prominent candidates for the leadership of the Conservative party of Canada have pledged to march in the world’s largest pride parade happening in Toronto in June if they win the nomination.

Peter MacKay, a former Conservative Member of Parliament who is considered to be a top contender for party leadership, and who supports abortion and homosexual “marriage”, said last week on Twitter: “Pride parades are important. We live in a world where sexual orientation and gender identity are still used by tyrants and bigots to belittle and oppress. In Canada, we are lucky to have a society that has grown more tolerant, more accepting, and more understanding, but there is still more work to be done.”

MacKay says he will march in the June 28, Toronto pride event either as the leader of the Conservative party, or as a private citizen. The Toronto pride parade is one of the largest of its kind in the world and, in the past, has seen prominent Canadian politicians, such a Liberal Prime Minister Justin Trudeau, participate.

Gladu supports abortion and is fully on board with LGBT advocacy, saying during an airing of CTV’s Question Period that she “would stand up for the rights of all Canadians.”

“The LGBT community has made clear that they want leaders and the prime minister to march and indicate that they support their rights, and I’m going to support the rights of every Canadian,” she said.

Gladu also said she would support private members' bills that would “restrict abortion.”

All of this comes after the current leader of the Conservative Party Andrew Scheer announced in the fall that he will be stepping aside. During the 2019 Canadian Federal Election, he came in a close second place to pro-abortion Liberal Prime Minister Justin Trudeau.

In his post-election analysis, Campaign Life Coalition (CLC) Director of Political Operations Jack Fonseca was blunt about Scheer: “Andrew Scheer and his advisors ran a blunderous campaign on many fronts. He alienated and de-motivated a significant portion of the “small-c” conservative base by copying Liberal policy positions, and giving the impression that the only constituency he was concerned about satisfying was the CBC.”

This contrasts with pro-life Quebecer and former Stephen-Harper-staffer Richard Décarie, who recently made waves for saying abortion is not health care and that being gay is a “choice.” He announced his intention to run for the party leadership but is facing backlash from for his socially conservative views.

Décarie’s campaign for the leadership is being headed by Brad Trost, who himself came in a close fourth place in the 2017 Conservative leadership race.

So far, MacKay is the only candidate who has the full approval of the Conservative Leadership Candidate Nomination Committee. Both O’Toole and Gladu have submitted applications, but they are still in the review process.

Applicants must submit a $25,000 fee as well as collect 1000 signatures from members in the party from a minimum of seven provinces in 30 ridings. The deadline to enter the race is set for February 27.

CLC supports Décarie for his pro-life stance. They also have given newly elected Conservative Member of Parliament for Hastings—Lennox and Addington, Derek Sloan, a “green light” in their 2019 election guide.

The CLC re-tweeted this message below from Sloan saying: “Should the CPC have an ideological litmus test to screen candidates whose views they do not share?” NO! Social conservative candidates should not be weeded out by an ideological test.”

In its re-tweet, the CLC’s Twitter message was: “We agree with @DerekSloanCPC. @CPC_HQ must leave the sleazy business of discriminating against people of faith to the Trudeau Liberals. That's what Team Trudeau is good at. It's not a trait that the #CPC should be looking to emulate in any way, shape or form. #cdnpoli.”

CLC also tweeted: “We thank MP @DerekSloanCPC for saying that Richard Decarie, a prominent social conservative and prospective leadership candidate whom we support, should be allowed to run for CPC leader. We couldn't agree more. @EvanLSolomon @CPC_HQ #cdnpoli #cpcldr.”