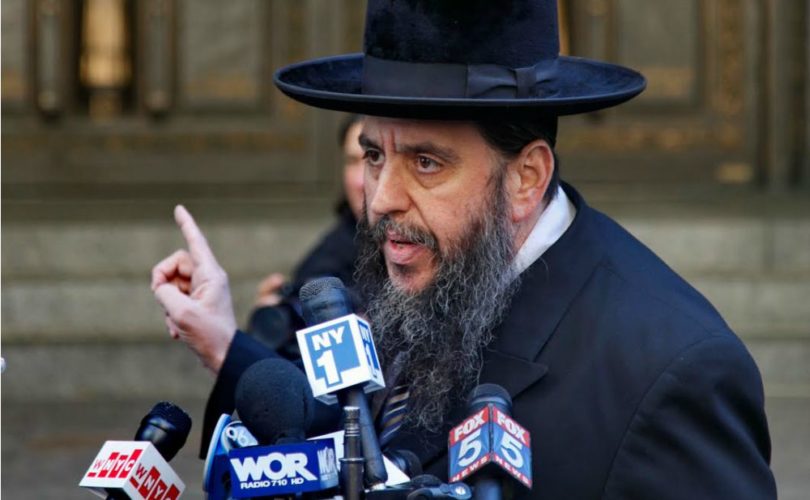 September 8, 2015 (LifeSiteNews) — Rabbi Yehuda Levin, a high-profile Orthodox Jewish rabbi and long-time defender of life and family spoke with LifeSiteNews prior to the release of Kim Davis, the Kentucky county clerk imprisoned for refusing to issue same-gender “marriage” licenses.  “On a theological basis, I am absolutely jealous of this woman, every minute she sits in prison to honor God’s name she obtains an immense heavenly reward,” said Rabbi Levin.

Levin, a Brooklyn rabbi with a weekly radio show who is the official spokesman for the 850-member Rabbinical Alliance of America told LifeSiteNews that Davis has received “a personal email from a very distinguished head of a rabbinical court in New Jersey court on behalf of 1500 Orthodox jewish families.”

“Kim Davis,” he said, “is giving us, the entire country, another opportunity to make a reckoning of what is happening here.” What’s happening, he said is “homo-fascist bullying.”  He added, “This just has to be called out for what it is.”

Rabbi Levin expressed his disappointment and concern in the millions of Americans who are silent at this crucial time when “we are already at the tipping point into the depths of Sodom.” Even Sodom, he added, “did not have the  temerity and the chutzpah (as we say in Jewish) to codify same gender marriage. … As bad as they were and they were — destroyed because of sodomy — they nevertheless never codified same gender ‘marriage.’”

God sends us messages and we should be paying attention, Rabbi Levin said, calling attention to current events he sees as warnings from heaven:

According to Rabbi Levin, Davis is an ambassador of God through her self-sacrifice and by her acts is trying to wake up the nation to oppose “the homo-fascist bullying in it’s ugliest form.”

“Those people could have gone to any number of clerks who would marry them,” however, he said, “they want to crush any little resistance any packet of fealty and fidelity to God.”