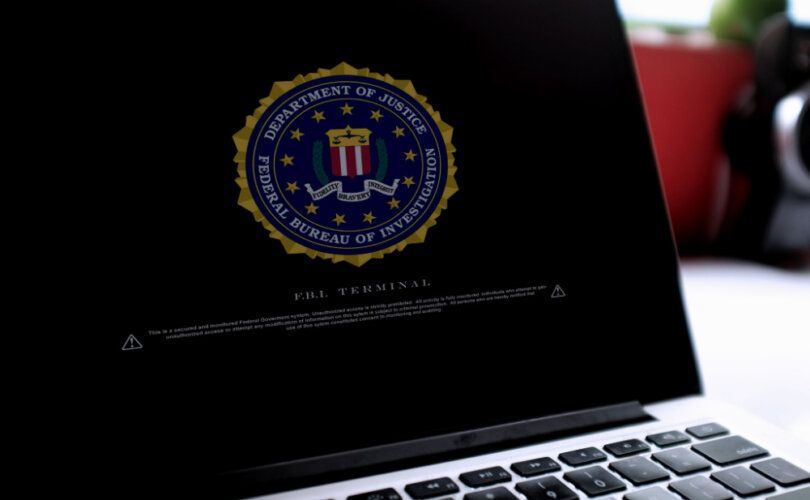 (LifeSiteNews) — Project Veritas has released a document it says was leaked by a Federal Bureau of Investigation whistleblower showing that the FBI classifies “misinformation” and “disinformation” as “election crimes.”

The FBI’s “2022 Midterm Elections Social Media Analysis Cheat Sheet” lists “Misinformation,” which it defines as “false or misleading information spread mistakenly or unintentionally,” under the umbrella of “election crimes” in the context of social media, along with voter intimidation and suppression, ballot fraud, and other offenses.

“Disinformation,” or “false or inaccurate information intended to mislead others,” is also listed as an “election crime.”

The “cheat sheet” notes at the top that for these “crimes” to “fall under federal jurisdiction,” they “must involve one or more federal candidates on the ballot, election official misconduct, or false voter registration.”

The sheet further states that the Brandenburg test is used to “differentiate protected speech from unprotected speech,” which would be that which “intends to incite imminent lawless action AND is likely to do so.”

In January 2021, a Florida man was charged with “election interference” before the 2016 U.S. Presidential election “stemming from [a] voter misinformation campaign” conducted through social media. Douglass Mackey had allegedly “conspired with others to use social media platforms, including Twitter, to disseminate fraudulent messages designed to encourage” people “to ‘vote’ via text message or social media, a legally invalid method of voting.”

The Biden administration recently dropped plans for a so-called Disinformation Governance Board after backlash over concerns the board would pose a threat to Constitutional rights, including freedom of speech.

On September 28, 2020, the FBI and the Cybersecurity and Infrastructure Agency (CISA) claimed that “malicious” “foreign actors and cybercriminals” were spreading “disinformation” “in an attempt to manipulate public opinion, discredit the electoral process, and undermine confidence in U.S. democratic institutions.”

Current and former members of the bureau brought forward similar accusations when they told The Washington Times in September that the Biden administration is pressuring FBI agents to “find” crimes that justify U.S. President Joe Biden’s characterization of conservatives as domestic terrorists.