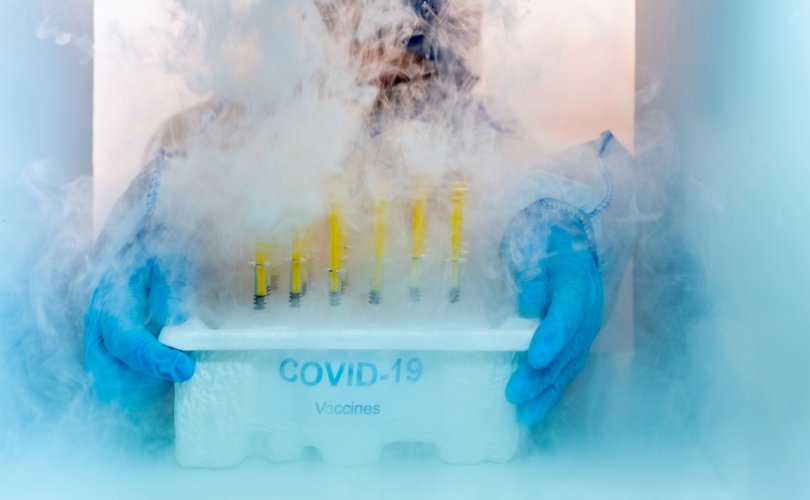 (LifeSiteNews) – Israel vaccinated millions of its citizens for COVID-19 without reliable safety data on the injections and withheld the data it eventually did find, according to a leaked recording of a private meeting among health officials.

Dr. Yaffa Shir-Raz, a researcher with the University of Haifa Health and Risk Communication Research Center, wrote at Real Time Magazine about a leaked Zoom meeting of an Israeli Ministry of Health (IMOH) research team in June 2022. The subject was the findings from a new reporting system for adverse vaccine events that had been launched the previous December (to replace a dysfunctional earlier system).

Pediatric specialist Prof. Mati Berkowitz, head of Shamir Medical Center’s Clinical Pharmacology and Toxicology unit, and his staff were tasked with analyzing data received from the Israeli HMO Meuchedet from December 2021 through May 2022. They found that serious adverse events such as menstrual disorders, neurological side effects, musculoskeletal injuries, GI problems, and kidney and urinary problems were long lasting, with several reports finding they lasted for months and one finding some lasted as long as a year.

Studies carried out on the above-mentioned subject noted short-term abnormalities (up to a few days) in the menstrual cycle,” reads one slide presented at the meeting. “However, over 90% of the reports detailing the characteristics of the duration of this adverse event indicate long-term changes (emphasis in the original. Y.S). Over 60% indicate duration of over 3 months.”

They also found evidence of “re-challenge,” i.e., the events recurring and in some cases worsening upon repeat doses of the shots, which Berkowitz said elevates the causal link between the events and the shots “from possible to definite.”

“Here we will have to really think medical-legal,” Berkowitz warned in the leaked meeting. “Why medical-legal? Because for quite a few adverse events, we said, ‘OK, it exists, and there is a report, but still get vaccinated.’ I mean, we have to think about how to write it and how to present it correctly so this will not yield lawsuits later: ‘Wait, wait, wait, you said everything will pass and you can get vaccinated. And now look what happened to me. The phenomenon continues.'”

However, IMOH went on to release a report that Shir-Raz says “misrepresented and manipulated the findings, minimizing the extent of reports, and stating that no new adverse events (‘signals’) were found, and that the events that were detected were not necessarily caused by the vaccine.”

The team’s revelations about neurological injuries, long duration, and re-challenge were omitted outright, she says, while the report downplayed the numbers by “taking the number of patient reports received and dividing them by the total number of doses given in Israel for the entire year and a half since the beginning of the vaccine rollout” despite the reporting system not starting until December 2021 and the analysis only covering a six-month period; downplaying menstrual irregularities by “us[ing] a denominator of the total number of all adult doses” that included men; and “conceal[ing] the fact that the study only includes reports from one small HMO (Meuchedet) which represents … only about 15% of the Israeli population.”

“Every mainstream medical leader should be saying that what the MoH did is wrong and calling for an immediate investigation into the safety of the vaccines,” says Vaccine Safety Research Foundation executive director Steve Kirsch, who has additional analysis in his newsletter. “We should be able to see the full presentation of the expert panel and their report. And the safety data should be released to the public like the VAERS data is.”

“But look at what happened: They aren’t condemning what happened and they aren’t asking for the report or the data,” he added. “They are staying silent … as if it didn’t happen. They are all basically saying, ‘It is OK for a government to not monitor vaccine safety for 12 months, and then, after six months of safety monitoring and clear evidence of harm, deliberately misrepresenting the safety data to the public.’”

The leaked video joins a growing body of evidence fueling millions of citizens’ continued aversion to the COVID shots, which were developed far more quickly than traditional vaccines under former U.S. President Donald Trump’s Operation Warp Speed initiative, and have failed to stop the spread of the virus.

Israel has been considered something of a COVID-vaccine laboratory for its aggressive vaccination efforts, but has also served as an early indicator of the shots’ failings.

Multiple Israeli researchers, including Professor Cyrille Cohen of Bar Ilan University and Professor Gili Regev-Yochay of Sheba Medical Center, have said that the vaccines were not up to the task of stopping the Omicron variant of COVID-19. Previous reporting indicates that the country struggled against earlier variants, as well, with The Daily Beast reporting in August 2021 that Israel experienced a “massive surge of COVID-19 infections” attributed to the delta variant, despite Israel’s aggressive vaccination efforts.