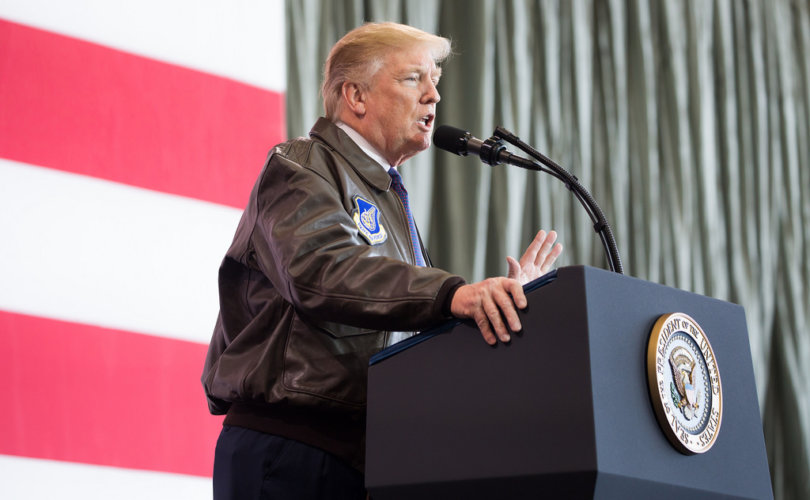 A recent spate of negative articles revealing details of internal U.S. documents that give guidance to diplomats have appeared in Foreign Policy and Politico. The guidance tells negotiators to avoid terms such as “sexual and reproductive health” and “comprehensive sexuality education,” according to the reports.

The news stories are based on leaks from administration staff who apparently seek to thwart the President’s pro-life initiatives. The author of one of the articles left the State Department to join the pro-abortion litigation group the Center for Reproductive Rights. The author of the Politico story claims credit for forcing the resignation of HHS Secretary Tom Price last year.

The news stories report on attempts to align the positions of other countries at the UN with U.S. pro-life law and policy. They say that U.S. discretionary funds for U.S. agencies may be earmarked to support only activities that do not promote abortion or support abortion groups.

Over the last year, personnel in the State Department have sought to align State Department activities with the 2017 Protecting Life in Global Health Assistance policy that bans U.S. taxpayer funds to foreign groups that perform or promote abortion. The President’s policy, and those staff who have been tasked with carrying it out, has come under fire within their departments and externally in the press.

Primarily at issue is the term “sexual and reproductive health,” which has been used to promote abortion through UN documents since it first entered UN negotiations at the so-called Cairo Conference in 1994.

While the term has proliferated in UN documents, it has remained a source of mixed messages. Western donor nations routinely include abortion in their sexual and reproductive health programs abroad while recipient nations seek to accept that funding while not violating their laws protecting unborn life. UN staff ignore the will of UN member States and use the term to garner political and financial support for abortion in international aid programs.

A UN human rights committee recently told governments they cannot exclude abortion from “sexual and reproductive health.” Another committee just defined the “right to life” as including abortion.

The erosion of the international consensus surrounding the terms is a reason why the Trump administration has sought to curtail them. Earlier this year, the State Department removed reference to “reproductive rights” in its annual report on human rights citing this reason.

This new policy is a turnabout for State Department policies regarding “sexual and reproductive health” and “reproductive rights,” policies that have remained mostly unchanged since enacted 25 years ago during the Clinton Administration.

The latest leaks to the press and the nasty tenor of personal attacks on the President’s appointees indicate how keen abortion advocates are to keep in play terms such as “sexual reproductive health” at the international level.