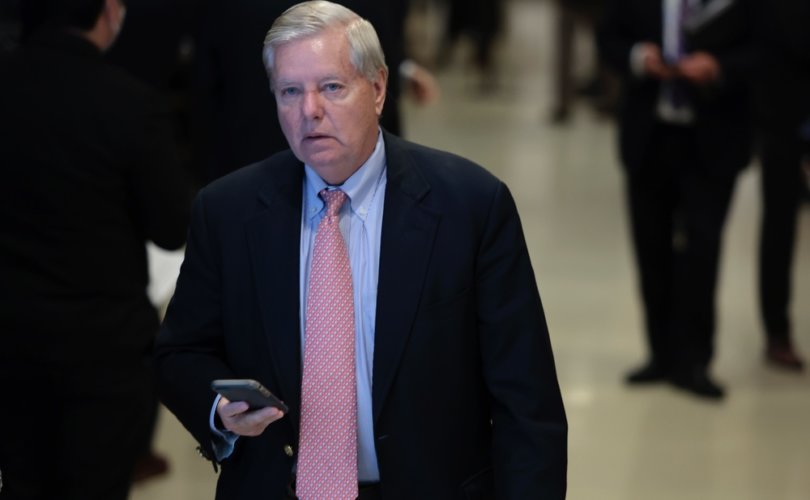 “Is there a Brutus in Russia?” tweeted Graham, a prominent voice in American foreign policy discussions. “Is there a more successful Colonel Stauffenberg in the Russian military? The only way this ends is for somebody in Russia to take this guy out.”

The only people who can fix this are the Russian people.

Easy to say, hard to do.

While Graham is not a member of the executive branch and would have no role in facilitating such a mission, many argued that any comment to that effect from any government official would further inflame tensions between the United States and Russia, and at worst cast suspicion on the U.S. in the hypothetical event that Putin does meet an untimely demise.

Graham was met with disapproval and mockery from across the political spectrum:

This is an exceptionally bad idea.

Use massive economic sanctions; BOYCOTT Russian oil & gas; and provide military aid so the Ukrainians can defend themselves.

But we should not be calling for the assassination of heads of state. https://t.co/crPGHw9xyJ

I really wish our members of Congress would cool it and regulate their remarks as the administration works to avoid WWlll. As the world pays attention to how the US and it’s leaders are responding, Lindsey’s remarks and remarks made by some House members aren’t helpful.

Are you TRYING to cause escalation? Now Putin can say “one of the most senior U.S. Senators has called for my assassination.” Why would you want to help him?

This war is causing some who know better to lose their minds. https://t.co/ywZFfJ5yNT

Following the backlash, Graham spokesman Kevin Bishop told the Washington Post that Graham has “also expressed he was okay with a coup to remove Putin. Basic point, Putin has to go. [Graham] also noted it will be — has to be — the Russian people who do it.”

The snafu comes as Russia’s invasion of Ukraine has elicited vigorous debate over whether President Joe Biden’s softer approach to the Kremlin than that of former President Donald Trump emboldened Putin to act.

During his State of the Union address Tuesday evening, Biden announced that his administration will ban Russian airlines from entering U.S. airspace and target the personal assets of Russian oligarchs. Biden has also backed certain economic sanctions against Russia, but has conspicuously omitted sanctions on Russia’s energy sector and ignored calls to reduce international dependence on Russian oil by reversing his constraints on domestic energy production.