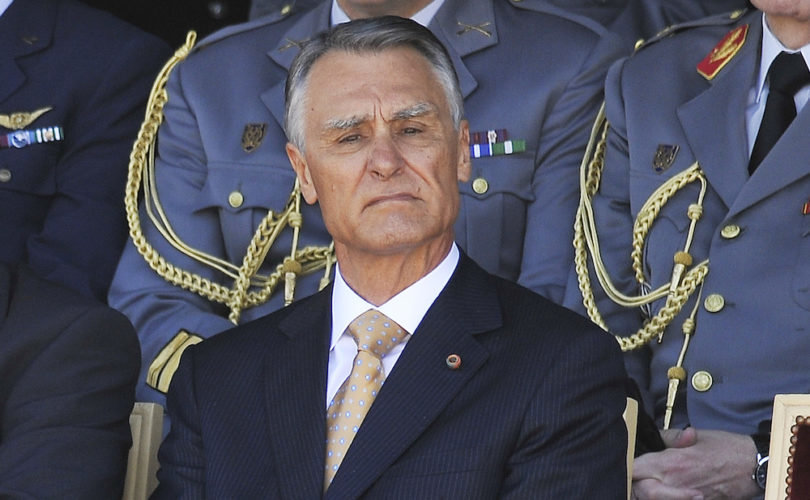 The Portuguese Parliament had to overcome President Anibal Cavaco Silva's veto to get the bill through.RUI FERREIRA / Shutterstock.com

LISBON, Portugal, February 12, 2016 (LifeSiteNews) – The Socialist-Communist majority in the Portuguese Parliament has liberalized the country’s abortion laws granted same-sex couples the ability to adopt children. It had to override the presidential veto to do it.

The Socialist government of Prime Minister Antonio Costa which took office in November made it a priority to legalize adoption by same-sex couples.

Parliament has also removed a requirement that women receive counselling before aborting their children, and that they pay for the procedure from their own pocket.

When the government's coalition with Communists and other parties of the Left passed legislation to that effect in January, President Anibal Cavaco Silva vetoed both. It took a second vote pushed through by Costa this week to obtain the added votes needed to override the president.

Cavaco Silva explained his veto by asking parliamentarians to consider “the child’s best interest” rather than “equality between different and same-sex couples.” He also called for more public debate on such a “sensitive social topic.”

Costa’s Socialists actually got fewer votes than the Centre-Right Portugal Forward coalition of Pedro Passos Coelho in last fall’s general election, but was able to oust the man who governed Portugal since 2011 by uniting the Left in Parliament against his unpopular austerity policies.

In 2014 the conservative majority defeated a move to legalize adoption by same-sex couples, though adoption by individuals of any sexual persuasion was already legal.

Cavaco Silva must sign the amendments into law in a few days. This spring he will retire from office.

The arguments for same-sex adoption are not sustained by objective research, according to Simon Fraser University economist Douglas Allen. Allen told LifeSiteNews that though many studies argue the case that same-sex couples make as good parents, they all suffer from serious methodological weaknesses, especially in biased sampling. In many cases, for example, same-sex couples are self-selected by placing advertisements in gay periodicals or on bulletin boards in gay community clubs. Homosexual couples who are happy with the job they are doing as parents are far more likely to volunteer for such studies than those who are not, heavily skewing the outcome.

Allen’s own study, based simply on correlating the responses of Canadians to the 2006 national census, showed children from same-sex households had two thirds the high school graduation rate of children in heterosexual families.

A second study by Allen and Shih En Lu, published last year as “Marriage and Children: Differences Across Sexual Orientations,” showed Canadian male and female homosexuals marry at a much lower rate than heterosexuals. Surveying government data on 65,000 people, he told LifeSiteNews, “we find that about 12.2% of lesbians are married, 4.5% of gays, and 48.8% of heterosexuals. These numbers are similar to numbers found in Europe. Despite the rhetoric, gays and lesbians do not take up marriage in large numbers.” Since married couples stay together much more than non-marrieds, their children will be both happier and more successful.