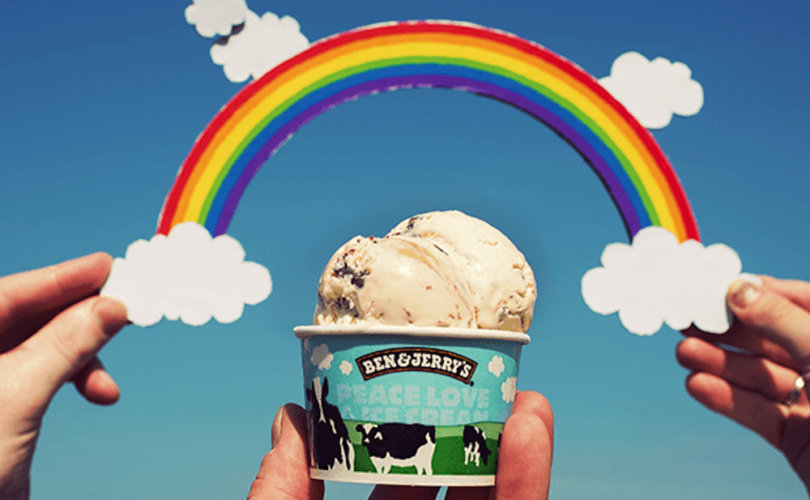 (LifeSiteNews) – Several left-wing businesses are speaking out against the Texas law banning abortion once a heartbeat is detectable, claiming that legal protection for preborn children is “bad for business.”

The Texas Heartbeat Act requires abortionists to screen for a preborn baby’s heartbeat and prohibits abortion if a heartbeat can be heard (generally as early as six weeks), with exceptions only for medical emergencies. Its unique enforcement mechanism, which “exclusively” empowers private citizens to bring civil suits against abortionists instead of state prosecutions, has been credited for the Supreme Court’s prior September decision not to block it from taking effect.

The nation’s highest court is currently considering arguments over the law, but in the meantime it is estimated to have cut abortions by almost half in the Lone Star State … to the chagrin of left-wing corporate leaders.

“We see reproductive healthcare as a workplace issue,” said Christopher Miller, Ben & Jerry’s head of global activism strategy. “If you’re operating in a state like Texas, it puts you at a competitive disadvantage. It makes it difficult to deliver on pay equity and recruiting and retaining talented leaders when there is a blatant attack against women.”

The coalition claims that abortion restrictions lead to billions in economic losses for the states that enact them by affecting prospective workers’ decisions about where to locate. Such rhetoric echoes similar threats leveled by Hollywood against Georgia over its own heartbeat-based abortion ban in 2019. In June of that year, “Don’t Ban Equality” issued a similar statement aimed at state pro-life laws nationwide.

As LifeSiteNews covered at the time, the campaign is the brainchild of Planned Parenthood Federation of America, the American Civil Liberties Union, NARAL, and the Center for Reproductive Rights.

While similar left-wing threats have swayed Republican lawmakers in the past, leaders who have stood firm have previously found them to be more show than substance. Backstage Magazine reported last year that, despite threats from the film industry, projects for Amazon, AMC, BET, Bravo, CBS, Warner Bros., Disney, Fox, Netflix, and HBO continued to film in Georgia after Republican Gov. Brain Kemp dismissed the “squawking” of “C-list celebrities.”