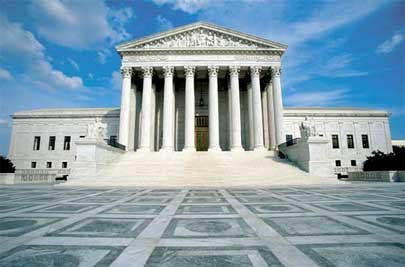 September 27, 2019 (LifeSiteNews) – The U.S. Supreme Court is slated to meet next week to decide which cases to hear among petitions filed this summer, and left-wing media outlet Vox claims that means the “right” to abortion is on the verge of collapse.

Among the cases the court may take up is June Medical Services LLC v. Gee, which concerns Louisiana’s Act 620 requiring abortion centers to make arrangements for admitting women to hospitals within 30 miles in cases of life-threatening complications. The abortion industry’s attorneys argue the law is no different from the Texas law the Supreme Court struck down in 2016’s Whole Woman’s Health v. Hellerstedt; pro-lifers argue that not only was Hellerstedt wrongly decided, but that the Louisiana law is different from the Texas one.

In September, Judge Jerry Smith of the Fifth Circuit (which upheld the law) noted that while the laws may be similar, the Louisiana measure’s impact would be different as most Louisiana hospitals didn’t have the Texas requirement that doctors must see a minimum number of patients per year to qualify for admitting privileges. In February, Supreme Court Justice Brett Kavanaugh noted (in a dissent to a ruling granting a stay of the law) that Act 620 had a 45-day transition period during which “both the doctors and the relevant hospitals” could have acted “expeditiously and in good faith to reach a definitive conclusion about whether those three doctors can obtain admitting privileges.”

Vox’s Ian Millhiser wrote a piece Thursday arguing that the “constitutional right to an abortion is almost certainly coming to an end,” and the time until the current SCOTUS majority does so is “not likely to be very long,” citing Gee as the basis for his argument.

“Should the Supreme Court allow the Fifth Circuit’s decision in Gee to stand,” it “would send a clear message to anti-abortion judges throughout the country” that “they are free to ignore the Supreme Court’s abortion decisions or to violate the ordinary rules that govern nearly all litigation in order to protect laws restricting abortion,” Millhiser claimed, based on the assumption that the pro-abortion side’s factual claims are correct.

He goes on to explain that SCOTUS’s options would be to issue a summary reversal of the Fifth Circuit’s ruling (which is unlikely), allow the pro-life law to take effect by simply declining to hear the case (which would signal to other courts that they may uphold pro-life laws previously blocked under Hellerstedt), or hear Gee and issue their own ruling.

Millhiser believes there “almost certainly will be” five votes to uphold the Louisiana law, but admits whether the ruling goes further and passes judgment on Roe v. Wade is another question. Even so, he claims a more moderate ruling would still effectively gut Roe by forcing abortion centers to close.

Much of Millhiser’s analysis is based on the assumption that Kavanaugh and Chief Justice John Roberts are likely to side against abortion. In fact, both jurists’ abortion stances remain question marks among pro-lifers.

During his confirmation hearings, Kavanaugh expressed significant respect for Roe’s status as precedent – so much so that pro-abortion Republican Sen. Susan Collins of Maine specifically cited her confidence that Kavanaugh would uphold Roe as part of why she voted to confirm him.

Last year, he joined the court’s liberal wing in declining to hear Kansas and Louisiana’s appeals defending their efforts to cut off Medicaid funds to Planned Parenthood, a decision that Justice Clarence Thomas excoriated as “abdicating our judicial duty.” His February opinion in support of Louisiana’s Act 620 rejected abortionists’ complaint on technical grounds, but appeared to concede their underlying premises about the “undue burden” standard for abortion restrictions.

Roberts, who also expressed respect for Roe as “a little more than settled” precedent during his own confirmation hearings, has disillusioned conservatives ever since he voted in 2012 and 2015 to uphold Obamacare using intensely controversial reasoning. Roberts also voted with the court’s liberal wing in the aforementioned Medicaid case.