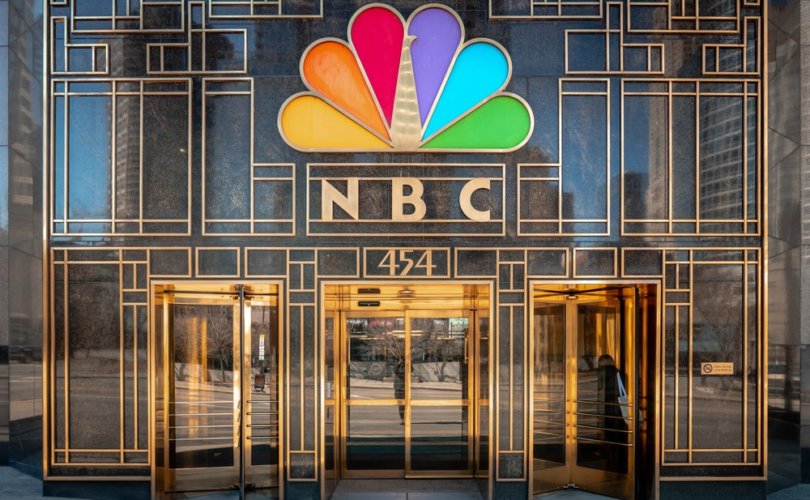 (LifeSiteNews) – Left-wing media network NBC News admitted this week that 11 reports published on its website were found to contain plagiarized material, though it appears to have initially tried to break the news without identifying either the articles or the reporter responsible for them.

“The articles contained passages from other news organizations that were used without attribution,” the May 2 announcement read. “In all cases, the passages were not central to the stories, but instead contained supplemental or background material that did not represent original reporting.”

“An editor’s note has been placed on each of the articles, and the passages that were plagiarized have been removed,” NBC says. “Maintaining the trust of our readers and viewers is essential to NBC News, and our work must always meet the highest standards of our profession.”

The current version of the announcement links to each of the articles, which were from political reporter Teaganne Finn. The New York Post reported that Finn “is no longer with” the network, and that the original version of the notice did not contain links to the articles.

In a virtual editorial meeting, NBC senior vice president of global digital news Catherine Kim told staffers the lifted passages were “generally background material, supplemental, not core to the story,” but plagiarism was still “a bright line that we can’t cross,” the Post reported. “Our trust with each other – and we do trust each other – with the public, the reputation of NBC News, the reputation of the journalism we produce, is core to what we do.”

Twitchy added that the omission raised more than a few eyebrows on social media:

* = except we're not going to tell you who it was and what stories were plagiarized https://t.co/fmKssEyrkS

Perhaps Elon Musk is not the problem With media accountability

"Maintaining the trust of our readers and viewer" by not identifying the reporter in question and thereby creating the optic that any NBC reporter might very well be a plagiarist.

A note to our readers https://t.co/KTINf0x8U9 via @nbcnews

"Maintaining the trust of our readers and viewers is essential" say NBC News in announcing a string of plagiarized stories without mentioning when it happened, which reporter did it, and which stories were affected. Saving those details for the book? https://t.co/pbWiI1Y6NR

Despite the network’s rhetorical odes to journalistic integrity, conservatives point to various examples in recent years of the network taking a less stringent approach to audiences’ trust, from running interference for ex-New York Gov. Andrew Cuomo as well as the authoritarian Chinese government, to defamatory coverage of pro-life student Nick Sandmann and misreporting forced chemical abortions as “miscarriages.”