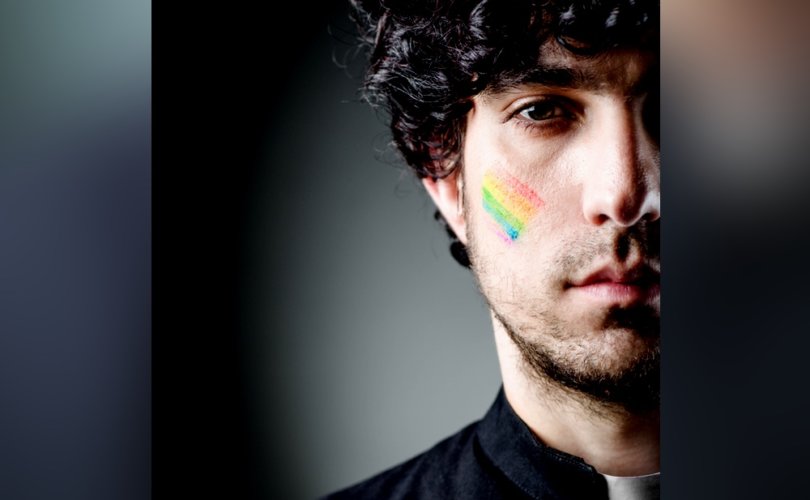 WASHINGTON, D.C., August 31, 2018 (LifeSiteNews) — A sex-abuse survivors’ advocacy group showed its true colors this week when it blasted Archbishop Carlo Viganò for contending the sex-abuse crisis in the Catholic Church is connected to homosexuality.

“That is utterly false, it is completely unacceptable, and it is immoral,” said Peter Isely, a founding member of SNAP, Survivors Network of those Abused by Priests, at a press conference Thursday outside the Vatican embassy in Washington.

“There is no link between sexual orientation and committing sexual crimes,” added Isely, also a founding member of ECA, Ending Clergy Abuse.

RELATED: Fr. Richard John Neuhaus, “Homosexuality is very close to the center of the crisis”

Vigano, the former Apostolic Nuncio to the U.S., triggered a seismic shock with his detailed testimony implicating Pope Francis and high-ranking churchmen in covering up the homosexual predation of ex-Cardinal Theodore McCarrick, which was an open secret in clerical circles for decades.

That changed in June when the Archdiocese of New York announced a “credible and substantiated” allegation against McCarrick for sexually abusing a teenage boy decades ago. Other allegations subsequently emerged, including that McCarrick abused one man for years, beginning when he was 11 years old. It emerged that New Jersey dioceses paid two settlements, one for $100,000 and one for $80,000, to priests who were victims of the archbishop.

“Incredibly,” SNAP, which critics contend is a left-wing, anti-Catholic organization, as well as others involved in Thursday’s media event, is “angrier at Vigano for having unwoke views on gays in the priesthood than they are at the Church for covering for McCarrick,” tweeted American Conservative writer Rod Dreher.

“Oh yes, this is clarifying.”

Press release tonight from SNAP & others, announcing protest. Incredibly, they are angrier at Vigano for having unwoke views on gays in the priesthood than they are at the Church for covering for McCarrick. Oh yes, this is clarifying. pic.twitter.com/T1cpMzqh8K

Vigano’s testimony denounced prelates covering for McCarrick for supporting a “homosexual current in favour of subverting Catholic doctrine on homosexuality.” Among the prelates named was Chicago’s Cardinal Blase Cupich, whom Vigano rebuked for the “insolence with which he denies the evidence that is now obvious to all: that 80% of the abuses found were committed against young adults by homosexuals who were in a relationship of authority over their victims.”

SNAP’s Isely also denied such a connection, whether pointed out by Vigano or someone else.

Indeed, he excoriated the letter Bishop Robert Morlino of Madison, Wisconsin released in response to the Pennsylvania grand jury’s mid-August report on priestly sex abuse and church cover up.

Morlino “did the same thing the papal nuncio did, made the same false, immoral and dangerous charge, that there’s a link between sexual orientation, homosexuality in this instance, and sex crimes against children,” Isely told reporters.

“Contrary to a popular notion about predator priests, only seventeen percent (17%) of the offenders could be categorized as pedophiles, of which roughly two-thirds were homosexual and one-third were heterosexual,” noted the analysis.

“He said ‘What the church needs now is more hatred.’ Hatred. Not love your neighbour, hate your neighbour. You first find out if he’s gay or not. If he’s not gay you love him, and if he’s gay, you hate him,” Isely said, in complete inversion of what Morlino wrote.

Isely called on Cardinal Donald Wuerl of Washington to resign, and on Pope Francis to immediately implement “zero tolerance” for priests found guilty of sex abuse of children, and bishops who covered up for such priests.

He also called on the pope to publish a global registry of all clerics found to have sexually abused children.

Pamela Spees, SNAP lead counsel and senior staff attorney for Center for Constitutional Rights, told reporters the Pennsylvania grand jury report was “more proof that the Vatican is not capable of policing itself,” and that “we need civil authorities being involved in this issue, involving themselves at the local, state, national and global levels.”

SNAP is renewing its 2003 call for Department of Justice federal investigation into sexual abuse in the Catholic Church, and its 2011 request to the International Criminal Court for an investigation.

“These are not personnel infractions, they are crimes, and they are crimes against humanity,” Spees said. “It’s rape and it’s torture, and it is global in scope.”