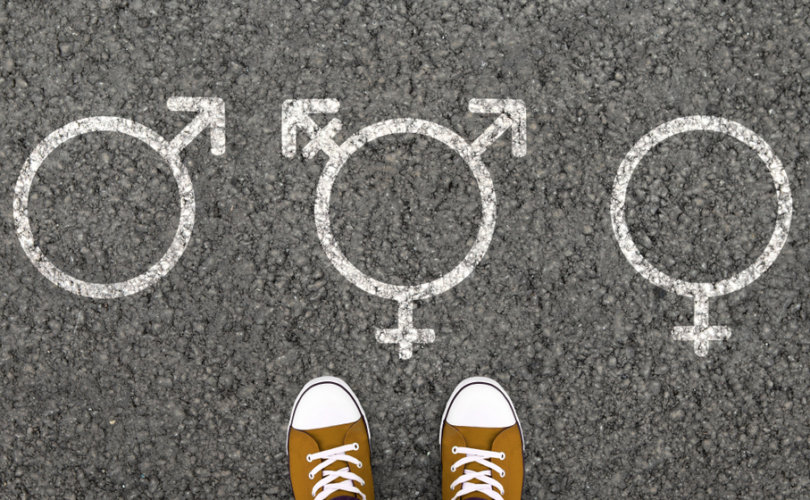 (LifeSiteNews) – A left-wing study conducted in the Netherlands attempts to dismiss people who regret their attempts to “transition” to the opposite sex by claiming that they do so because of “internalized transphobia.”

The study, published last month in MDPI (Multidisciplinary Digital Publishing Institute) as part of the organization’s “Special Issue on LGBTQI+ Health,” focuses on “identifying coping strategies” used by those who pursue cross-sex hormones and surgeries as they try to “transition” to the opposite sex.

Based on the experiences of 19 participants, the five researchers claimed that dissatisfaction with medical “gender transition” is a “maladaptive” coping mechanism grounded in so-called “internalized transphobia.” They stated that the “increased number of stressors transgender [sic] individuals experience” can be categorized as either “distal (e.g., discrimination)” or “proximal (e.g., internalized transphobia).”

As the number of people experiencing gender confusion and deciding to seek hormonal and surgical intervention continues to increase, experts have weighed in to say that gender dysphoria is a mental illness which does not provide grounds for medical intervention. One pediatric surgeon has argued that treating gender dysphoria with hormones and surgery is a “medical atrocity” which doesn’t address the root problem.

LifeSiteNews has also compiled expert opinions on the issue, which includes arguments that a history of mental health issues, social media, and peer pressure all greatly influence whether someone chooses to “identify” as “transgender.” These factors often result in dissatisfaction and continued distress even after pursuing hormones and surgery.

“I can hardly look at myself in the mirror,” an 18-year-old participant said about undergoing “gender transition” in the Netherlands study.

Another, age 28, said that “I feel very negatively towards being transgender … If I could make one wish, I would wish that I was not transgender. Then I wouldn’t have all the problems in my life, and I would be able to live normally.”

Despite the reports of clearly regretting their decisions to permanently change their physical appearance, the researchers never refer to these feelings as genuine regret or remorse. Rather, they are categorized as the result of “stereotypical images” and “focusing on gender-incongruent characteristics” based in transphobia against themselves.

Isolation, avoidance, and self-destructive behavior were all identified as negative responses to receiving hormones and surgeries for “medical transition.”

“It was common for participants to socially isolate themselves for longer or shorter periods, to avoid confrontation and possible rejection,” the study states. “A variety of isolation methods were described, including social isolation, emotional isolation, and non-communication. Isolation could lead to feelings of rejection and loneliness and increased the risk of depressive feelings.”

Despite the push to accept and participate in the trend to “medically transition,” many people who have taken this path are now speaking out against the practice. Chloe Cole is becoming well-known for sharing her testimony, which includes her regrets of receiving cross-sex hormones and a double mastectomy as a teenager.

In September, Cole spoke in support of Georgia Republican Rep. Marjorie Taylor Greene’s bill to ban puberty blockers and mutilating surgeries for minors, saying that “the beauty of motherhood was stolen from me” when she “transitioned.” Soon after, Cole was one of three young adults to call into a California school board meeting to “voice our concerns about their policies that allow confused children to come to harm” by pursuing cross-sex hormones and surgeries in the name of affirming their “gender identity.”

A number of other “detransitioners” have shared their stories on various platforms. As previously reported by LifeSiteNews, “Scott” Newgent faced several serious health risks after attempting to “transition” to a man. Walter Heyer, a man who once believed himself to be a woman, warned that pushing the transgender ideology on minors is “child abuse.” Another gender-confused man who uses the name “Corinna” Cohn had his reproductive abilities marred by surgery.

A group of “detransitioners” came together in 2022 to support each other as they turn away from the transgender narrative and strive to fight for an end to “gender transitions.” Their first public initiative was a letter written to U.S. Attorney General Merrick Garland, describing the pressure for children to pursue so-called “gender affirming care” and the serious permanent consequences of following this path.

Detransitioned woman: ‘I’m grateful I wasn’t affirmed’ in my ‘trans’ identity as a child