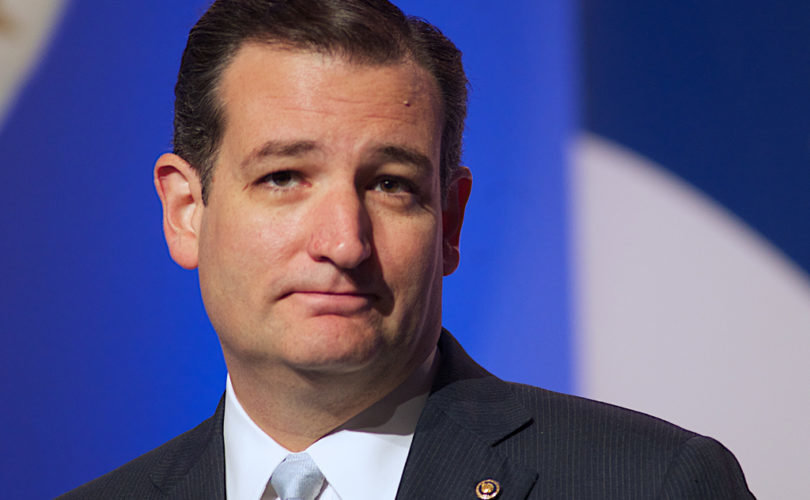 Tim Faust, an abortion activist in Austin, capitalized on a viral internet phenomenon by selling t-shirts saying, “Ted Cruz was the Zodiac Killer” – and giving the proceeds to an abortion fund.

Of course, the Zodiac Killings began before Cruz was even born, as The Washington Post noted in an article debunking the internet meme.

The allegation that the junior senator from Texas killed 37 people in the Bay Area dates back to Senator Cruz's 2013 CPAC speech dubbed “This is the Zodiac speaking.” Social media was abuzz with pictures showing the purported likeness between Cruz and an artist's depiction of the mass murderer.

Faust says he paid artist Rory Blank $100 to design the shirts, then tweeted:

Did you know Ted Cruz is the Zodiac? Do you want to fund abortion in west TX? https://t.co/yHzodLrJQx #ZodiacTed pic.twitter.com/xSkhLOYPG4

Faust said, aside from paying the design fee, every dollar of the sales “will benefit the West Fund, which provides funding and support for abortion services to the people of southwest Texas.”

The West Fund notes, “We do not have enough money to pay for abortions in full, so we still need your help reaching your needed amount.”

It was founded by activists with the National Network of Abortion Funds (NNAF), whose affiliates say they do not pay the full price of an abortion for any woman. Instead, NNAF encourages women to consider “lying to a friend or family member,” join “medical testing groups,” cultivate their “relationship” with their landlord, or drop out of college to help co-finance their abortion. Some NNAF member groups encourage young women to take out payday loans to pay for their abortion procedure.

Faust, who moved to Texas after seeing Wendy Davis filibuster H.B. 2 and worked for awhile for Planned Parenthood, says he's raised $30,000 so far.

Faust's website concedes, “Obviously, this is satire. There's no way Ted Cruz is the Zodiac killer — the dates don't match up. However, there's no way of knowing whether Ted Cruz has sworn with his every waking breath to further the agenda of the Zodiac Killer, whom he may or may not love.”

Still, a poll released last Thursday by Public Policy Polling, a Democratic firm, found that 38 percent of Florida voters believe Cruz is, or may be, the '60s serial killer.

Ted Cruz gives clean water to pregnant moms in Flint, and the pro-abort media is seething