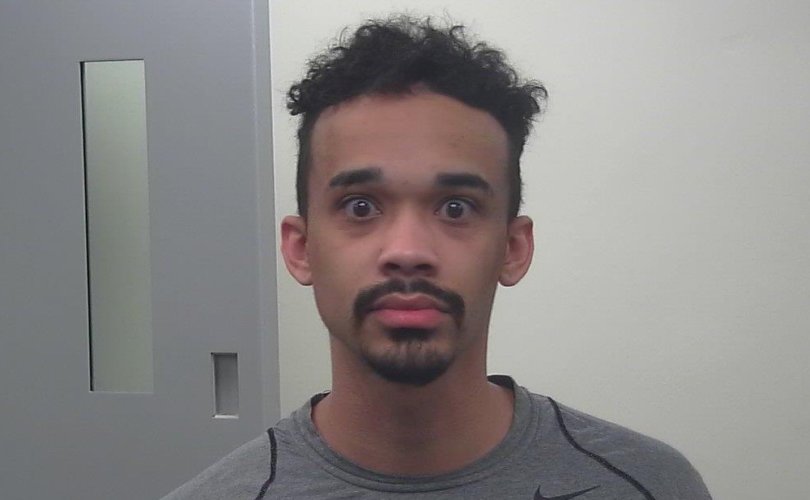 January 15, 2021 (LifeSiteNews) — A leftist activist was arrested and charged for forcibly entering the Capitol building on Jan. 6 and, among other charges, “willfully and knowingly” engaging in “disorderly or disruptive conduct,” the Department of Justice said yesterday.

John Sullivan is the founder of Insurgence USA, a leftist activist group “started in 2020 in response to the George Floyd tragedy” that seeks to “end police brutality.” Sullivan claims to be a reporter, despite not having any press credentials, who entered the Capitol building on Jan. 6 to document the event with his camera. He released about an hour of mostly raw footage that captures events leading up to the shooting of Ashli Babbitt. His own actions and comments captured in his raw footage, however, reveal not so much an impartial observer, but a protagonist who was urging the mob to engage in violent and destructive behavior.

Sullivan was taken into police custody in his hometown of Provo, Utah on Thursday.

He has been charged with the following:

According to a Jan. 13  affidavit by FBI special agent Matthew Foulger, the 26-year-old Sullivan “knowingly and willfully joined a crowd of individuals who forcibly entered the U.S. Capitol and impeded, disrupted, and disturbed the orderly conduct of business by the United States House of Representatives and the United States Senate.”

Sullivan has a previous criminal record. On July 13, 2020, he was charged with rioting and criminal mischief by the local law enforcement authorities in Provo on account of his activities around a protest the previous month in which a civilian was shot and injured.

Sullivan is an anarchist who champions the overthrow of the current political system. He gave a speech in the newly renamed Black Lives Matter Plaza in downtown Washington, D.C. last August where he called for violent “revolution” that included a call to “burn s— down.” During that speech, Sullivan also made clear his dislike of Trump and how he wanted the president ripped out of office. He called his listeners to “f—— rip Trump out of that office right over there, f—— pull him out of that s—,” pointing to the White House.

While storming the Capitol building on Jan. 6, Sullivan was also being filmed by a collaborator, Jade Sacker, who was making a documentary of him. “Is this not going to be the best film you’ve ever made in your life?” Sullivan asks the filmmaker at one point while they are in the Capitol building.

Sullivan’s gear at the event included his camera, a gas mask, and a bulletproof vest.

During one part of his filming, when the crowd broke through the last barricade and approach the Capitol building, Sullivan can be heard in the video saying, “There are so many people. Let’s go. This s— is ours! F— yeah.”

“We accomplished this s—. We did this together. F— yeah! We are all a part of this history,” he says.

“Let’s burn this s— down,” he says at another time, referring to the Capitol building.

While Sullivan has made the case in subsequent videos posted to YouTube that he was simply trying to blend in with the crowd in making such comments, his own video evidence paints a different picture.

Some of the comments he makes while storming through the Capitol building include the following. Time stamps refer to this YouTube video post by Sullivan to his account Jayden X:

1:59  I can't believe this is reality. We accomplished this s— together. This is history, we are all part of this history!

4:13  Give me your hand bro, you got it, dude that was awesome good job, don't worry, gotta get in

14:17  Well they already broke the window so you know…

16:44  I never would have imagined that we would be here

17:58  I can respect…Well, people might burn this down, I'm not gonna lie, so it might be too late for that

20:56  (to police officer) People got hurt downstairs, ya'll are putting yourselves in harms way, I'm recording, but I'm just trying to tell you, the mob of people, you don't want that…the people have spoken…there's too many people, you just gotta stand down, the people out there that tried to do that sh*t, they got hurt, I'm just caring for you

32:10  Why don't we go there? That's what I'm sayin, break that s—. Does somebody have music? Damn, it would be fire if somebody had like a boombox or something, revolutionary music and s—

34:04  (to police officer) We want you to go home, I'm recording, and there's so many people, they're going to push their way up here, bro, I see people out there get hurt, I don't want to see you get hurt we will make a path, dead a–

34:43  (Crowd starts smash door glass in attempt to break through)

While Sullivan was filming after the shooting of Babbitt, his camera appears to capture him becoming more of a crowd agitator who was trying to get the crowd to react to law enforcement on account of Babbitt’s death. (Watch his interactions with the crowd here.)

“You did that,” Sullivan shouts five times at law enforcement as they try to push people back from the shot woman. When someone points out that the shots came from the House chamber and not from the law enforcement then helping the woman, Sullivan shouts, “They’re all together, they’re all the same people.” At another point he shouts, “Dude, you guys are going to shoot everybody? They are going to shoot every person that comes through here.”

Politico reports that Sullivan was booked into the Tooele County Detention Center outside Salt Lake City on Thursday and that he was scheduled to appear in federal court Friday afternoon.