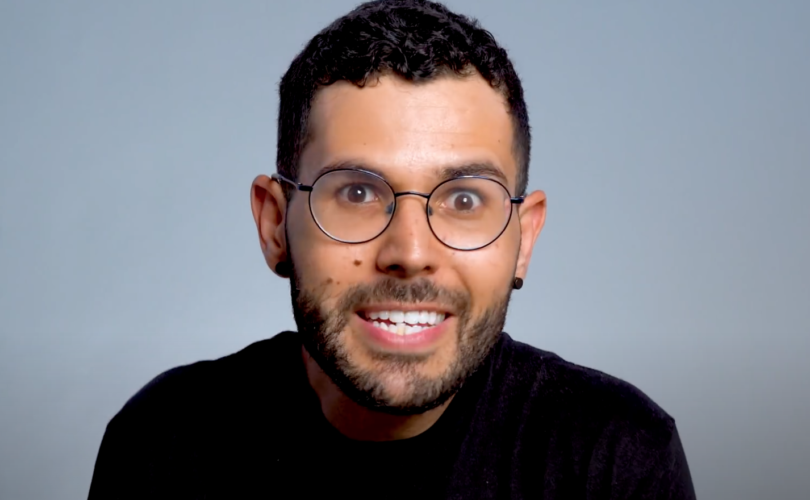 WASHINGTON, D.C. (LifeSiteNews) – A liberal commentator who previously worked at Media Matters for America and Vox repeatedly called for violence as a response to the Supreme Court of the United States (SCOTUS) ruling on Friday that reversed Roe v. Wade.

“Violence is a legitimate and appropriate response to oppression,” Carlos Maza tweeted Friday, in response to a video of President Joe Biden urging people not to be violent. Maza famously feuded with conservative comedian Steven Crowder and has criticized YouTube for allowing people like Crowder to stay on the channel. “YouTube profits off of hate speech,” Maza’s bio says.

Violence is a legitimate and appropriate response to oppression. https://t.co/IDNh2QlKUK

He also describes himself as a “Marxist pig,” “Liberal fascist,” and “Queer scum.”

Maza also shared a photo that says “Ballot” under a Molotov cocktail and “Box” under the SCOTUS building along with the caption “Vote” and a heart.

“Pride is literally a celebration of how defensive violence sparked a movement,” Maza tweeted, with a screenshot of a story about the pro-homosexual “Stonewall Riots.” He shared a tweet from someone else who wrote that “[t]here’s a completely correct and fully moral way to solve this and technically you’re not allowed to say it on twitter.”

Other leftists have called for or appeared to endorse violence, including assassination, against SCOTUS justices. This is in addition to the actual attempt in early June by a pro-abortion leftist to travel to Justice Brett Kavanaugh’s house and assassinate him.

The threats of violence come after nearly two months of firebombings of pro-life pregnancy centers by leftist groups, including Jane’s Revenge. The pro-abortion group has declared “open season” on pro-lifers. Attorneys general and congressional Republicans have repeatedly asked the Department of Justice (DOJ) to take action against the group. Except for the Federal Bureau of Investigation investigating the violence, the DOJ has remained silent.

Previously, the Biden administration refused to condemn the illegal protests outside of the homes of Supreme Court justices, and Speaker of the House Nancy Pelosi avoided a direct question about condemning the attacks on pro-life centers and churches.

Representatives Maxine Waters (D-CA) called for people to “defy” the Friday ruling. Congresswoman Alexandria Ocasio-Cortez (D-NY) also led chants of “illegitimate” outside of SCOTUS and urged people to go “into the streets.”