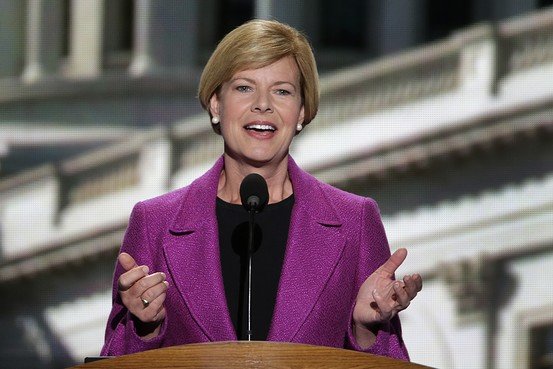 Stop The Federal Government From Forcing Homosexual ‘Marriage’ On The States! Tell your Senators to vote NO.

WASHINGTON, D.C. (LifeSiteNews) — The number of Republican senators who say they will support a Democrat bill to codify forced recognition of same-sex “marriage” and open the door to federal recognition of polygamy has currently stalled at five, though Democrats and liberal Republicans claim they will ultimately find the remaining five they need to send the measure to President Joe Biden’s desk.

47 House Republicans joined every House Democrat in voting to pass HR 8404, with the blessing of House Republican leaders Kevin McCarthy and Steve Scalise, and Senate Republican leader Mitch McConnell has declined to stake out a public position on the legislation until the chamber’s Democrat majority leader, Chuck Schumer, announces a decision on bringing it to the floor.

Politico reports that Democrat Sen. Tammy Baldwin of Wisconsin, the Senate’s first open lesbian and an opponent of religious freedom, is spearheading efforts to recruit the remaining five, a task expected to “be even tougher.” Collins, Portman, Tillis, and Sen. Kyrsten Sinema of Arizona are reportedly lobbying colleagues as well.

Conversations with unnamed Republicans are “going well,” Baldwin said. “And I feel hopeful and I have to make some more calls. I am talking to a lot of folks, but folks who I think want to get to yes.”

“[A]ccording to people involved in the effort, there’s a focus on Republicans who have LGBTQ friends, family or staff and might be convinced to support the straightforward legislation based on their personal connections,” Politico adds. The report identifies Sens. Deb Fischer, Joni Ernst, and Jerry Moran as among the Republicans being courted, but does not divulge whether they are inclined to support the bill.

“We all know what this is. It’s straightforward,” said Tillis, who expresses optimism about the liberal effort. “The member-to-member discussions are the best way to get to the vote count. Which I think will exceed ten.”

While Senate Republican leaders are neglecting to mobilize opposition to HR 8404, conservative groups such as Family Research Council, American Family Association, and LifeSiteNews are picking up the slack. LifeSite is currently running a VoterVoice campaign attempting to make Republican senators aware of grassroots opposition to HR 8404, and vote against it accordingly.

Stop The Federal Government From Forcing Homosexual ‘Marriage’ On The States! Tell your Senators to vote NO.