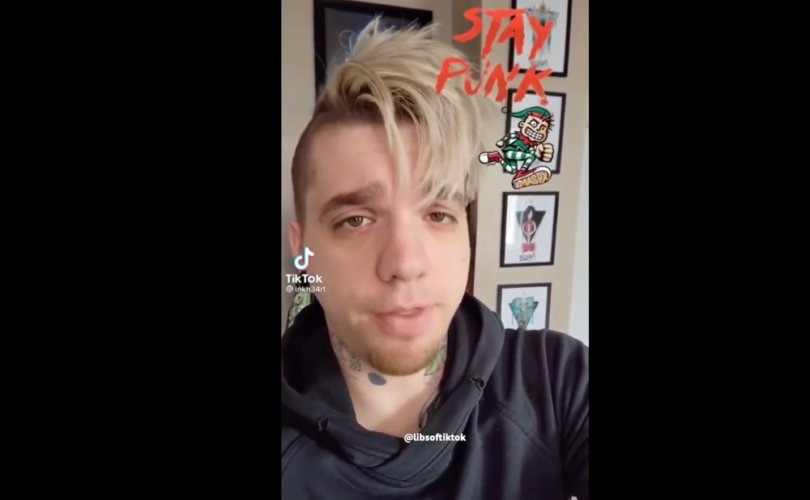 OWASSO, Oklahoma (LifeSiteNews) — An Oklahoma middle school teacher is reportedly being let go after a Tik Tok video surfaced in which he said about students’ parents: ‘f*** them. I’m your parents now.”

Tyler Wrynn, a teacher with the Owasso 8th Grade Center, told students in a Tik Tok video that if their parents didn’t “love and accept” them for who they are, “f*** them. I’m your parents now.”

Wrynn has since reportedly told private Facebook group “Advocating for Owasso LGBTQIA+ Youth,” that “the district is letting me go,” adding that he is being placed “on administrative leave for the rest of the year,” according to a screenshot posted by Twitter account Libs of Tik Tok.

“So at least they are going to pay out the rest of my contract,” Wrynn said in the post. “Again, thank you for the support. I guess I was a little too vocal about supporting our LGBTQIA+ kids.”

This was his message on a local Facebook group: pic.twitter.com/LL4ThLyfFu

LifeSiteNews reached out to Owasso 8th Grade Center Principal Alton Lusk’s office for comment but has yet to hear back.

LifeSite viewed Wrynn’s public Tik Tok account, where he describes himself as a ​​”Radical Teacher” and “chaotic good,” whose pronouns are “they/them.” Wrynn also suggests his “wife will hex you.”

The middle school teacher’s account contains a plethora of profanity-laden and left-wing political videos, including one attacking social media users for asserting that “teachers are making our kids gay communists,” and videos opposing Texas Gov. Greg Abbott and Florida Gov. Ron DeSantis’ recent moves to crack down on transgender ideology.

In one video, Wynn talks about teaching children in rural Missouri about “white privilege,” noting, “I swear to Satan, it’s the bravest thing I’ve ever done.”

Last month, Wrynn responded in public comments to HB 1775, a piece of Oklahoma legislation passed last year that banned critical race theory by making it illegal to teach students that “one race or sex is inherently superior to another race or sex” or that “an individual, by virtue of his or her race or sex, is inherently racist, sexist or oppressive, whether consciously or unconsciously.”

Wrynn objected to the measure, arguing that teachers “will face unwarranted scrutiny and pressure to modify their curricula” and that HB 1775 “will cause the resignation of Oklahoma’s best teachers.”

Meanwhile, Wrynn isn’t the first to claim to become the parent of students expressing confusion about their gender.

In March, a Wisconsin high school generated controversy for displaying a poster reading, “If Your Parents Aren’t Accepting Of Your Identity I’m Your Mom Now.”