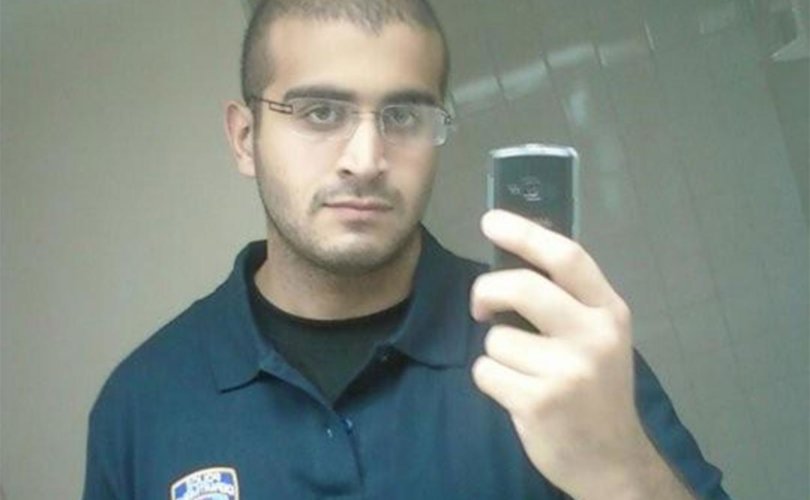 Numerous reports indicate that the shooter, Omar Mateen, called 911 before the shooting and pledged allegiance to ISIS.

June 13, 2016 (LifeSiteNews)—Numerous pro-abortion, gay rights, and progressive advocates were quick to blame Christians for Saturday’s terrorist attack on an Orlando gay nightclub, which was committed by an Islamic terrorist.

Numerous reports indicate that the shooter, Omar Mateen, called 911 before the shooting and pledged allegiance to ISIS. The FBI had previously investigated him. Family and a former co-worker report that Mateen was “homophobic” and abusive.

But liberal commentators and activists said Christian attitudes on sexual morality contributed to the attack.

“I blame Ted Cruz, Pat McCrory, and every single politician in America and around the world who has promoted fear and hatred against the LGBTQ community in attempt to garner more votes,” wrote transgender activist Mischa Haider at the Huffington Post.

An ACLU lawyer joined Haider in trashing those who “created this anti-queer climate”:

You know what is gross – your thoughts and prayers and Islamophobia after you created this anti-queer climate.

CNN political commentator and lesbian activist Sally Kohn tweeted that Christians’ “guilt is showing” in their condemnations of the Orlando attack and seemingly equated conservative opposition to certain contentious laws with Islamic extremism:

Hey right wing Christians desperately trying to point out that right wing Muslims are more anti-gay than you are: Your guilt is showing!

And NARAL board member Renee Bracey Sherman tweeted that Speaker of the House Rep. Paul Ryan’s “anti-LGBT rhetoric and policies” contributed to the terrorist attack:

Stop. Your anti-LGBT rhetoric and policies contributed to this. Your refusal to pass gun control contributed. https://t.co/2441X6NJJF

“We need the strength and courage” to change American attitudes toward the gay community, President Obama said in his speech in response to the attack. “Although it’s still early in the investigation, we know enough to say that this was an act of terror and an act of hate.”

“Gay rights have been advancing at a rapid clip. Has that lessened homophobia? Or maybe made it worse?” asked the liberal New York Times.

Bill Donohue, the President of the Catholic League for Religious and Civil Rights, strongly condemned the attack and told LifeSiteNews his heart goes out to the victims’ families. He said that the media are contributing to “anti-Christian bigotry” and that the reactions of some progressives show “it’s open season on Christians.”

“Every time someone gets killed in the name of Islam, Christians get blamed,” said. Donohue.

Those who blame the Orlando attack on Christians are “morally bankrupt” and “coming unhinged,” Donohue said. “If…they were honest, they would tell the truth, but they’re not, and if they weren’t cowards, they would also put the blame where it belongs, and that is on this crazed, ISIS-driven Muslim.”

“When you’ve convinced yourself that Christianity is the enemy, you’ll dig through a huge haystack of evidence in search of a needle-sized possibility that Christianity may somehow be responsible,” Stephen Phelan, Director of Mission Commuications at Human Life International, told LifeSiteNews. “In this case, the anti-Christian bigots ignore the actual perpetrator’s religion, his mental health history, and the fact that he met every criterion they seek for legal gun ownership, and insert Christianity without a shred of proof. It would be laughable if those sympathetic to this anti-Christian worldview didn’t hold so much political and financial power today.”

“None of those killed and injured at the nightclub deserved what happened to them, and we join Christians around the world in praying for the souls of the lost and for their loved ones who mourn,” Phelan continued.  “But if we are serious about preventing such heinous events in the future we will set aside our prejudices and political agendas and look for evidence and motivations, and act accordingly.”

A recent Gallup poll shows a majority of Americans support the legalization of same-sex “marriage” and have liberal attitudes toward same-sex relationships.

ISIS is well-known for its intolerance toward gays; the militant terrorist group regularly executes those accused of homosexuality.