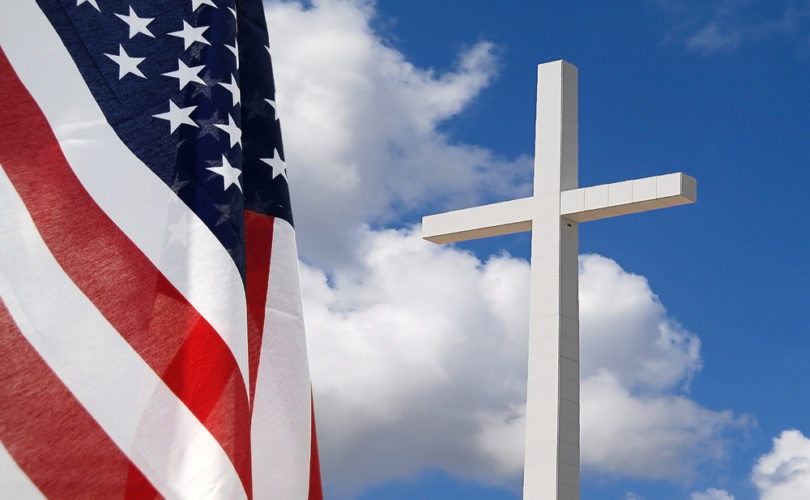 In an amicus brief filed yesterday, Judicial Crisis Network's Carrie Severino, along with attorneys Eileen O'Connor and Robert Logan of Pillsbury Winthrop Shaw Pittman LLP, said government officials were not concerned with any compelling interest of the Obama administration. Instead, the mandate's religious exemptions were designed to specifically target religious groups, especially those identifying as Catholic.

“Amici write to highlight the arbitrary nature of the decision by the Department of Health and Human Services (HHS) to base the availability of religious exemptions to the HHS contraceptive mandate  ('mandate' or 'contraceptive mandate') not on factors that go to an employer's religious character, but on its  federal tax filing requirements,” said the attorneys in their brief. “The HHS mandate relies on categories set forth in Internal Revenue Code § 6033 to distinguish between religious organizations. But the history and application of section 6033 show that the classification was solely intended to facilitate administration of the tax laws, not to draw a line between religious institutions whose free exercise was fully protected and those who received less consideration.

“In short, the availability of an exemption  to the mandate should turn on an organization's claim to religious exercise rights, not its tax filing obligations.”

In an earlier publication, Severino cited emails garnered in a Freedom of Information Act (FOIA) request that she wrote show that “[a]dministration health policy officials were downright obsessed with figuring out which Catholic institutions would fit within” the relevant tax exemption.

“As early as October 2011, the White House was curiously interested in the student insurance coverage at Catholic universities,” continued Severino. “In July 2012, emails show officials trying to make sure that the contraceptive mandate would treat the U.S. Conference of Catholic Bishops – the spiritual leaders of Roman Catholic entities in the United States – differently from the colleges, charities, and other groups that they lead.”

In their brief, the three attorneys argued, “If HHS had been serious about creating an exemption that took religious objections seriously, it could have modeled its exemption after one from employment law. Title VII of the Civil Rights Act of 1964 provides a tried-and-true mechanism for protecting both employee and employer civil rights, and includes a religious exemption much more suitable than that of section 6033.”

“The Title VII exemption … has served as the model for other religious exemptions in employment statutes and regulations, and better reflects the likelihood that a religious organization may hire employees who share the tenets of its faith. It is a simple and more effective alternative to the flawed and ineffectual exemption HHS devised for the invasive contraceptive mandate.”