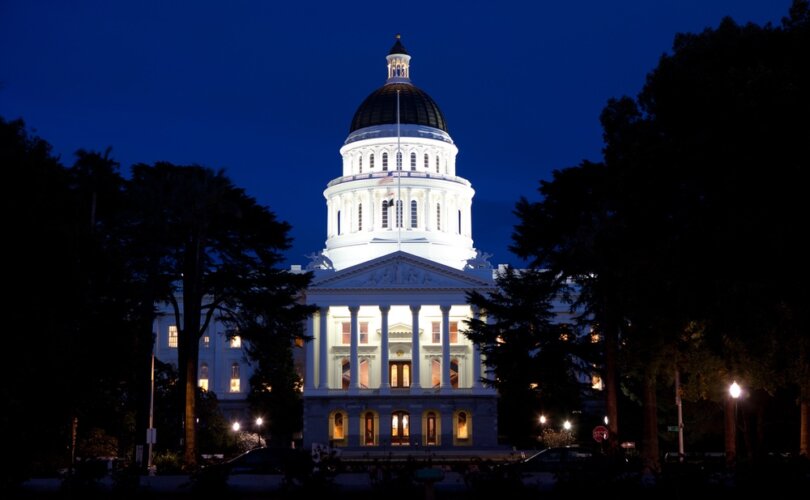 (LifeSiteNews) — The vague wording of California’s radical ballot proposal to enshrine abortion-on-demand as a “fundamental right” in the state constitution could also pave the way for a bevy of extreme and radical interpretations, a conservative legal group warned.

According to an analysis by conservative legal advocacy group Alliance Defending Freedom (ADF), California’s Proposition 1 — titled the Constitutional Right to Reproductive Freedom amendment —  would not only make abortion on-demand and up to the moment of birth a statewide constitutional right, it “could also allow men to avoid child support payments, force the state to procure women to be surrogate mothers, and allow children to remove healthy reproductive organs without parental knowledge or consent.”

In addition to slamming the door on “common-sense limits and regulations on abortion,” the proposed constitutional amendment “would undermine the state’s ability to protect other fundamental rights, like conscience rights of doctors and nurses to not participate in ending a human life, parental rights to raise and educate children, rights of association for hospitals and care centers to hire mission-oriented employees, the free speech right to advocate for life-affirming care, and the fundamental right to life of every human being.”

READ: Democrats misleading voters on proposition to legalize abortion up to birth in California: report

The avalanche of implications that could flow from the proposition come as a result of its “intentionally vague terms,” the group said, arguing that the indistinct phrasing poses a threat to “the public health, safety, and general welfare of Californians.”

Specifically, the ADF flagged the term “reproductive freedom” found in the title of the proposal itself, which the legal advocacy group warned is too broad and open to interpretation by “activists” seeking to “expand the outer limits of ‘reproductive freedom,’” and enabling judges “to impose ever more expansive meanings.”

With the legal definition left unclear, the group argued that “any law regulating sexual conduct, including statutory rape laws and incest laws,” could be subject to re-examination, potentially giving “criminals who violate statutory rape and incest laws a defense for their heinous acts.”

In addition, the legislation bows to gender-ideological language by extending the so-called right to “reproductive freedom” to every “individual” rather than specifying an adult pregnant female, opening the door to a potential constitutional “right” to any variety of “reproductive” decisions for minors including abortion, sterilization, and the removal of sexual organs. Moreover, the word “individual” could be applied to men, creating an opportunity for fathers of unwanted children to back out of child-support payments. Men in same-sex partnerships could also force the state to comply with requests for surrogates to gestate babies, according to the analysis.

Mary Rose Short, director of outreach for California Right to Life, spoke about some of the ancillary implications of the radical measure in a Monday email to LifeSiteNews.

“The language of the amendment is so broad, it could create constitutional rights to everything having to [do] with the creation, destruction, or prevention of new human lives,” she said. “This is not an exaggeration.”

Short continued by enumerating a slew of recent measures passed into law in California, including “a law to allow the state to take custody of children while they undergo transgender treatment against their parents’ wishes” (SB 107), a measure permitting “loitering for prostitution” (SB 357), and another that would “allow anyone to perform abortions by any means through all nine months of pregnancy” (AB 2223).

In addition, Short pointed out that the California Supreme Court decades ago “found that the California constitution contains a right to abortion and that minors share that right,” a decision that she said makes children “easy prey for the abortion industry” due to the stripping away of “mandatory parental involvement.”

Like the state Supreme Court’s decision, Short said, Proposition 1 “purports to be about individual’s reproductive rights, but in reality it unleashes industries that exploit people for profit.”

“Without state ‘interference,’ the abortion, surrogacy, and IVF industries will be free to commit previously unimaginable atrocities,” she said.

Short also directed attention to the fact that, despite most of the outrage about Proposition 1 centering on its greenlighting of abortion to the moment of birth, extreme late-term abortion is already legal in California.

“California law currently allows abortion up until birth,” she explained in a follow-up email on Monday, noting that the section of California law “that everyone pretends restricts late-term abortion” actually merely states that the killing of a “viable fetus” may constitute an “unauthorized” abortion.

However, Short told LifeSite that even if an extremely late-term abortion were deemed “unauthorized,” it would not amount to a crime under California law.

California voters will decide whether or not to make Proposition 1 part of the state Constitution when they cast their ballots Tuesday.