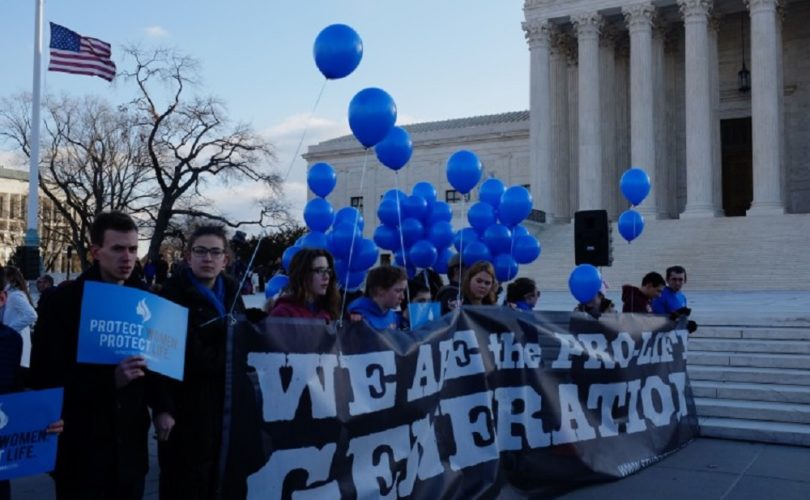 The case centers on two Texas pro-life laws: one a requirement that abortionists have admitting privileges at a local hospital and a second requiring abortion businesses to have standards of cleanliness and safety equal to other surgical clinics.

Several symposia published on the Supreme Court's website broke down the pro-life arguments in the case.

Wisconsin's Solicitor General Misha Tseytlin, whose state has a similar pro-life law, argues in a symposium that abortion businesses should not be given special judicial immunity from health and safety regulations.

“In Wisconsin, Texas, and several other states around the country, legislatures required that all abortion doctors have admitting privileges at nearby hospitals, in order to ensure that abortion doctors are well qualified and to promote continuity of care.”

“The health-and-safety protections that states like Texas and Wisconsin have recently enacted to regulate the abortion industry are entirely reasonable,” Tseytlin concluded.  “Comparable laws would easily survive judicial review if they dealt with a different industry, and the result here should be the same.”

University of Richmond School of Law professor Kevin Walsh explained the motivation behind the laws. “Many causes contributed to the culture in which Gosnell operated. One was an opaque constitutional overlay on state abortion regulation. That underwrote uncertainty about government oversight, which led to lax oversight.”

Walsh continued, focusing on the Texas law requiring abortion mills to have surgical clinic standards, calling it a necessary “reform” recommended by the Gosnell grand jury.

“Among the reforms recommended by the grand jury that investigated Gosnell's atrocities was that '[t]he Pennsylvania Department of Health should license abortion clinics as ambulatory surgical facilities.'”

A major point of contention is the effect the pro-life laws may have had and, pro-abortionists say, will have if allowed to be enforced, in closing abortion businesses.  Whole Woman's Health lawyers argued that predicted closures will mean travel distances to abortion facilities that place an “undue burden” on women in rural Texas.

In answer to that contention, the professor of law states, “Eighty-four percent … of Texas women of reproductive age … live within 150 miles of an open clinic that complies with the admitting-privileges and ambulatory surgery-center requirements.”

Nevertheless, Walsh hinted at a possible compromise regarding the rural clinics: “If the challenged laws are found to impose an undue burden on some women in more rural areas of Texas … [they could] continue in force in the major metropolitan areas.”

Teresa Stanton Collett is a professor at the University of St. Thomas School of Law. Her symposium went on the attack, stating, “Ironically, the main thrust of [Whole Woman's Health's] argument is that the Constitution requires both that Texas allow abortion clinics to operate at a lower standard of care than other facilities at which surgeries are routinely performed, and, that abortion doctors be exempt from the requirement of admitting privileges to nearby hospitals.”

“This bizarre combination of objections leads to the very real possibility that when an injury or complication occurs during or after an abortion, the clinic will be less equipped than an ambulatory surgical center to address the problem on site,” Collett continued, “and more likely to transfer care to an emergency room where the abortion practitioner has no relationship with any of the medical staff.”

Professor Collett summarized, “In short, their arguments make it appear that abortion activists care more about access to abortion [safe or unsafe] than they do about protecting women's health.”

Collett defended the Texas law requiring admitting privileges at a local hospital by citing the death of Jennifer Morbelli, a patient of infamous abortionist LeRoy Carhart.

“According to a complaint filed with the Maryland Board of Physicians, '[a]fter Morbelli's abortion, while still appearing “weak and pale” according to witnesses, Carhart released her to return to her hotel. He then left town. As Morbelli's condition worsened, in the ensuing hours, Carhart could not be reached by family members or later by hospital emergency room staff.'”

Collett then connected the dots, stating that the death of Jennifer Morbelli “illustrates the danger to patients when abortion providers are not integrated into the local medical community.”

Collett concluded that the danger to women “is even more acute outside major metropolitan areas where specialized emergency care is limited, if available at all.”

She argued that the law requiring admitting privileges saves lives, noting that the nonpartisan Center for Studying Health System Change found that “'[t]wenty-one percent of patient deaths or permanent injuries related to emergency department treatment delays are attributed to lack of availability of physician specialists,' and '[t]wo-thirds of ED directors in level I and II trauma centers say that more than half of all patient transfers they receive stem from lack of timely access to specialist physicians at the referring hospital.'”

Americans United for Life attorney Mailee R. Smith represented Texas legislators in the Fifth Circuit appeal, which upheld the Texas pro-life laws. She concludes, “What is at stake is the very standard that federal courts will use to review abortion regulations.”

“The Supreme Court will be considering whether a state can enact rational abortion regulations aimed at protecting the health and safety of women, or whether it will reverse its previous decisions and require states to preemptively prove the absolute effectiveness of a safety regulation, even before that regulation goes into effect,” the pro-life lawyer stated.