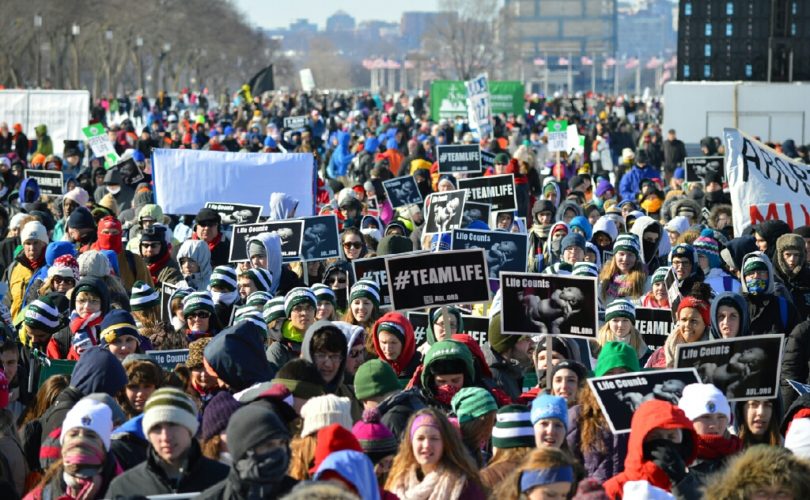 A federal court issued an order Monday in the March for Life v. Burwell case that permanently forbids the Obama administration from enforcing its contraceptive mandate against the March for Life Education and Defense Fund or its employees.

It is the first order granted in favor of an organization opposed to the mandate for pro-life reasons based upon moral convictions rather than religion, according to the Alliance Defending Freedom (ADF), which represented the March for Life in the case.

The U.S. District Court for the District of Columbia said the Obama administration cannot force the March for Life or its employees to act contrary to their personal pro-life beliefs, drawing from the very exemption put forth by the administration.

“If the purpose of the religious employer exemption is, as HHS states, to respect the anti-abortifacient tenets of an employment relationship,” the Court said, “then it makes no rational sense – indeed, no sense whatsoever to deny March for Life that same respect.”

“Pro-life organizations should not be forced into betraying the very values they were established to advance,” ADF Senior Legal Counsel Matt Bowman said in a statement. “This is especially true of March for Life, which was founded to uphold life, not to assist in taking it. The government has no right to demand that organizations provide health insurance plan options that explicitly contradict their mission.”

The leader of the annual pro-life march in the nation's capital praised the decision.

“We are delighted that the court has ruled in our favor on this crucially important case,” March for Life President Jeanne Mancini said in a statement. “The government should not be allowed to force organizations like the March for Life to have health insurance with drugs and devices that can cause an abortion.

“We didn't want to go to court but were backed into a corner and had no other options,” she said. “As an American today I am grateful for the balance of powers.”

Mancini said in an email release on the ruling that her organization expects the Obama administration to appeal the decision.

The Health and Human Services contraception mandate forces employers to provide insurance coverage for contraception and abortifacient drugs and devices without regard for the employers' moral convictions, with the threat of heavy IRS financial penalties for non-compliance.

The Tenth Circuit Court of Appeals in Colorado ruled in July that the Catholic religious order Little Sisters of the Poor must fund contraception and abortifacients with the rationale that the nuns do not qualify for the religious exemption because they employ and serve people without regard for their religion.

ADF prevailed against the Obama administration last September in Conestoga Wood Specialties v. Burwell, when the administration abandoned its appeal in the case and several others.

Another senior litigator for March for Life criticized the mandate while expressing hope that the D.C. decision will set a legal precedent.

“Americans should not be forced to choose between following their deepest convictions and submitting to unlawful and unnecessary government mandates,” stated ADF Senior Counsel Kevin Theriot. “We hope other courts that consider similar cases will issue their own orders upholding the right of pro-life organizations to be free from this type of government coercion.”

HHS mandate crackdown: Obama admin warns insurance companies they must pay for abortion-inducing contraceptives, or else