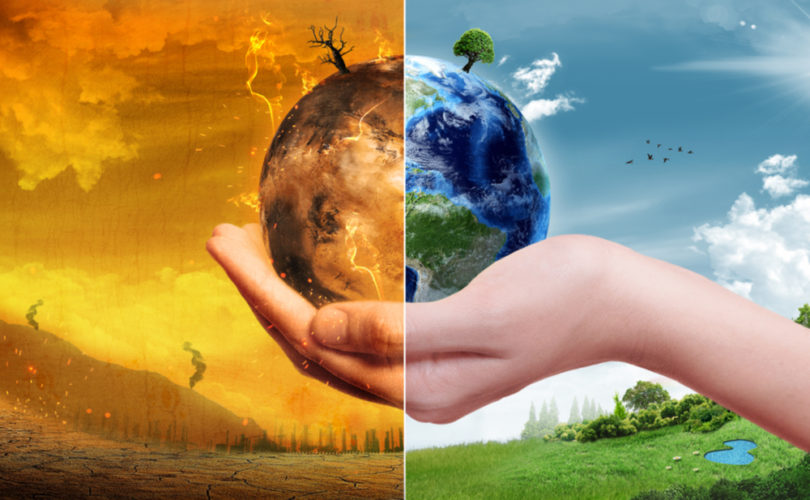 The Titanic and Inception star’s Leonardo DiCaprio Foundation (LDF) announced in October 2017 that it was awarding $20 million in grants to over 100 environmental groups “for wildlife and habitat conservation, to aide in the defense of indigenous rights, and to support innovative grass roots efforts aimed at combating climate change and solving complex environmental issues.”

Included in the since-deleted announcement was an unspecified amount to RLF “to support precedent-setting legal actions to hold major corporations in the fossil fuel industry liable.”

Fox News reported that it has reviewed an email correspondence from months before that announcement, obtained by watchdog group Government Accountability & Oversight (GAO), between philanthropist Dan Emmett and University of California-Los Angeles (UCLA) climate professor Ann Carlson (now a member of the Biden administration) detailing their work with law firm Sher Edling to raise money to lodge climate nuisance suits against oil companies all over the United States, on behalf of state and local governments – with the help of DiCaprio’s group.

Sher Edling director of strategic client relationships “Chuck Savitt, who is heading this new organization behind the lawsuits, has been seeking our support,” Emmett wrote in the emails. “Terry Tamminen in his new role with the DiCaprio Foundation [he was CEO at the time] has been a key supporter.”

“Wanted to let you know that we filed the first three lawsuits supported by the Collective Action Fund on Monday,” Savitt tells Emmett in another message. “These precedent-setting cases call on 37 of the world’s leading fossil fuel companies to take responsibility for the devastating damage sea level rise — caused by their greenhouse gas emissions — is having on coastal communities.” The Collective Action Fund was managed by RLF at the time.

At issue is the funneling of supposed charitable contributions to a nonprofit group toward litigation by a for-profit law firm that is already paid for its services in successful cases. By ensuring that Sher Edling gets paid regardless of whether it wins, the funding makes it easier to file more frivolous suits the firm is less likely to win on the merits.

“Can a non-profit funnel donations to a for-profit law firm that has already determined a different form of compensation?” asked George Mason University law professor Michael Krauss. “May a law firm, which could be fabulously enriched on a contingent basis, ethically accept funding that is paid whether or not the client prevails?”

At the heart of LDF, RLF and Sher Edling’s activities is the narrative that anthropogenic global warming (AGW) — the view that human activity, rather than natural phenomena, is primarily responsible for Earth’s changing climate — is an established phenomenon and a cataclysmic threat to humanity. But a full view of the scientific evidence paints a dramatically different picture.

AGW proponents suffered a blow in 2010 with the discovery that their leading researchers at the Intergovernmental Panel on Climate Change, East Anglia Climate Research Unit, and National Oceanic and Atmospheric Administration had engaged in widespread data manipulation, flawed climate models, misrepresentation of sources, and suppression of dissenting findings.