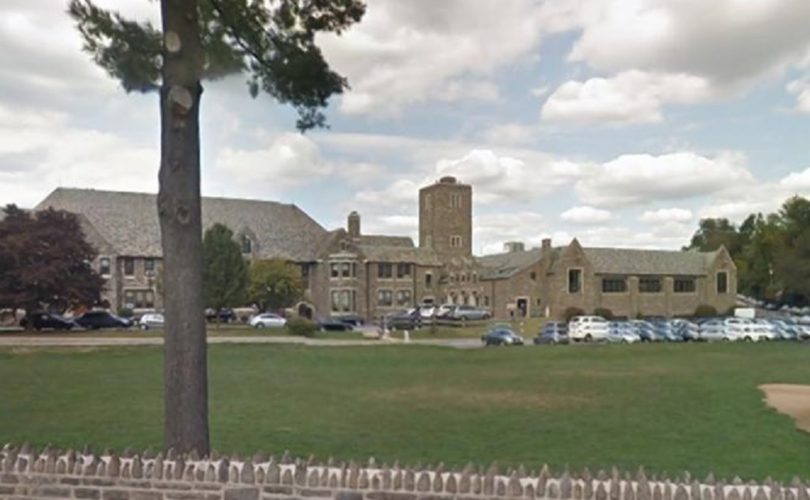 MERION STATION, PA, July 15, 2015 (LifeSiteNews) – The homosexual partner of a woman fired from a Philadelphia-area Catholic school has written to Pope Francis asking for a meeting during the pope's U.S. visit, and for his intervention in the couple's situation so they will not be “condemned to live a life of exile from (the) Church.”

Pope Francis has been accused of sending confusing signs on the issue of homosexuality and the Church's teaching about it, and homosexual activists have frequently used him by claiming he supports their cause. But the pope has repeatedly criticized the homosexual agenda and gender ideology, and promoted the natural family.

The partner, Andrea Vettori, also lamented to the Holy Father in the letter, shared with the New York Daily News, that she has “through the years been frustrated by the Church's lack of inclusion of women, angered by the elevation of the priesthood at the expense of the laity, felt abandoned by a Church which views my expression of love as sinful, and disgusted by the sinful acts of men in power in a Church that ignored those actions at the expense of our children.”

“Like many within the Church,” she stated, “these tensions have led me to question the integrity of continuing to participate in an institution that does not fully embrace me as [a] lay person, as a woman or as a lesbian.”

Vettori's longtime partner, Margie Winters, was fired from Mercy Waldron Catholic School in Merion Station, PA, June 22 after eight years as religious education director there. For the entire period of her employment, and with the school administration's knowledge, she was legally “married” to Vettori.

Winters had been told after being hired by leadership at the time that she could let faculty and staff know about her homosexual “marriage” but must keep it from parents.

“It was very difficult,” she said of the arrangement. “My partner never came to school functions, but we had to look like friends and not do the normal things couples do – like hold hands.”

Winters' dismissal last month came after some parents learned of her “marriage” and complained, one to the school and another to the Philadelphia archdiocese.

While the archdiocese later released a statement clarifying that it had not been involved in the school's personnel decision, the school's statement seemed to conflict with this, and also placed the charism of the religious order sponsoring the school, the Mercy spirit, at odds with Church principles.

“In the Mercy spirit, many of us accept life choices that contradict current Church teachings, but to continue as a Catholic school, Waldron Mercy must comply with those teachings,” Principal Nell Stetser wrote in a July 3 email to parents. “[O]ur school recognizes the authority of the Archbishop of Philadelphia, especially in the teaching of religion, because we call ourselves Catholic.”

“We would love to meet (the pope) and let him get to know us and hopefully advocate for us as well,” Winters stated. “This should never happen again.”

Vettori's July 1 letter not only implored Pope Francis for a green light on their “marriage”, but also disclosed that both women are former Mercy sisters and that they met and fell in love while together in the religious community:

In Mercy we fell in love – with God, our sisters and one another. In Mercy we were embraced and encouraged to listen deeply to where God's love was calling us, a call that ultimately would have us discern to leave this community that we so passionately loved in order to honor a deeper calling to center our lives in God's love and one another.

The women currently maintain an official connection to the Sisters of Mercy, one a lay associate and the other a companion.

Vettori criticized the Church's teaching on sexual morality in the letter, comparing it to over-emphasis on dogma in Jesus' time. She also suggested that the Lord's crucifixion resulted from his speaking up to Jewish authorities as opposed to it being the pre-ordained sacrifice by the Father to redeem the sins of humanity.

“Church leaders denounce our marriage as sinful and immoral much like the Jewish authority in Jesus' time who excluded the 'impure,'” Vettori said. “But Jesus invited all to the table, saints and sinners alike. He railed against the authority of the time who held to doctrine and tradition at the expense of justice and mercy. His yardstick was a much simpler and straightforward one[.] … He spoke the truth to power and for that he gave his life.”

Vettori told Pope Francis she “wept along with countless other Catholics” when he was elected because they saw in him “a humble man of faith whom God chose to renew the Church.”

“So I ask you, I beg you, I implore you to ask God to reveal to you the next steps,” she wrote. “Not just for Margie and myself, but for the injustices that have been done in the name of our faith against gay and lesbian members of the Church throughout the United States and the world whose only 'sin' was to be true to the love God placed within them.”

Schools describing themselves as Catholic take on the responsibility of teaching and witnessing the Catholic faith in a manner true to Catholic belief. There's nothing complicated or controversial in this. It's a simple matter of honesty.

I'm very grateful to the Religious Sisters of Mercy and to the principal and board members of Waldron Mercy for taking the steps to ensure that the Catholic faith is presented in a way fully in accord with the teaching of the Church. They've shown character and common sense at a moment when both seem to be uncommon.