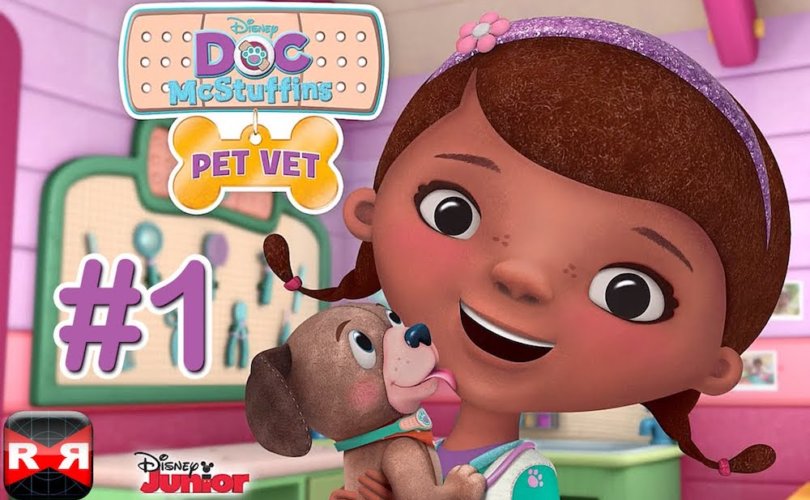 SIGN THE BOYCOTT: Say NO to Disney pushing LGBT agenda to preschoolers!

August 9, 2017 (LifeSiteNews) – One of the creators of a Disney cartoon that promoted same-sex “marriage” to preschoolers has admitted that they specifically aim to promote political messages on the show.

This corroborates statements Doc McStuffins writer Chris Nee made in a 2012 interview with AfterEllen.com. She said part of what she's doing with the show is making sure the characters are “accepting.”

The show is about an aspiring doctor who “fixes” toys.

“My son [Theo] has two moms and it's a huge part of my life as a human being and it's been an incredible part of the way that I see the world and the way I see characters and the way I want to create characters who are incredibly accepting of each other and whatever is happening in their life,” Nee said.

“It's hard to know exactly where the boundaries are because they’re always changing in kids' TV,” Nee said of whether a same-sex “marriage” would be portrayed on the show. “I will say I have been incredibly surprised by how supportive Disney has been in the process of looking for press for this show. That's a change.”

In December 2016, Nee jokingly tweeted that President Obama should “kick” an unnamed person “in the balls” and “go for the kidney punch.”

OBAMA FOR GODS SAKE, GO FOR THE EYES, PULL HIS HAIR, AND KICK HIM IN THE BALLS! But keep it class in all other respects. Sincerely, me.

I know it's not fair that I've loved Obama all these years for not being a street fighter, and now want him to go for the kidney punch.

She regularly tweets about progressive politics.

Today is my third wedding anniversary and all you got me was this virulently anti-LGBTQ SCOTUS pick. #badanniversarygifts #together16years pic.twitter.com/sLPwkAz8V8

On the day of the pro-abortion Women's March, she tweeted:

As a Mom, as a woman, as a lesbian, as a writer, as a citizen, as a human, as a rebel – I have to believe today, not yesterday, is our truth

Former First Lady Michelle Obama voiced herself on an episode of Doc McStuffins when the show's protagnoist visits the White House.

During the last few days of the Obama administration, Nee tweeted a photo of herself, her son, and her “wife” with the former First Lady.

Thank you @FLOTUS and @POTUS from my family to yours. You will be so missed. Thank you for your service! pic.twitter.com/kjIiXBceKV

Nee is the producer of a forthcoming cartoon about a vampire ballerina, Vampirina. The series appears to be based off of books aimed at children three to five.