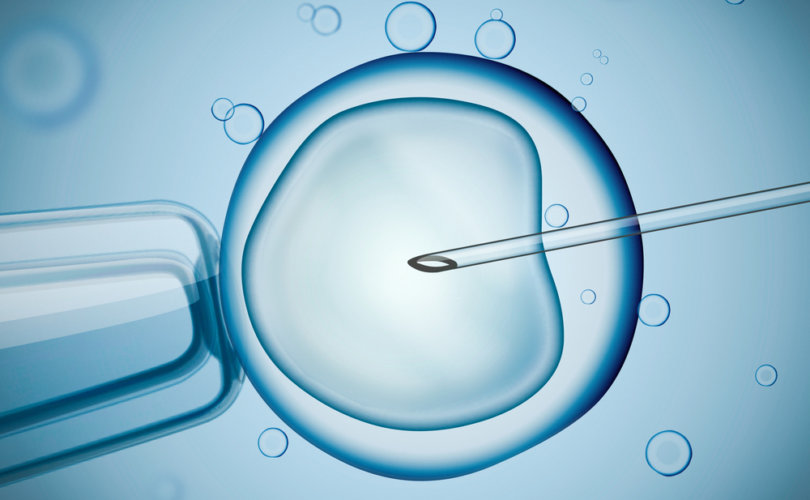 LATHAM, New York (LifeSiteNews) – An upstate New York fertility clinic is being sued by a same-sex couple after one of the women was impregnated with a boy instead of a girl.

The woman who carried the child said the mistake was “just like rape.”

CNY Fertility Center in Latham, New York – the clinic which supplied Buffalo residents Heather and Robin Wilhelm-Routenberg with the IVF treatment – apparently confirmed to the women that the child they were purchasing was guaranteed to be female, per their request.

Using Robin’s egg and donated sperm, the lab reportedly stated that it could determine the sex of the newly created child before implanting the embryo into Heather’s womb, but a 15-week scan showed that the lab had erred in its determination and that Heather was carrying a baby boy.

In comments to the New York Post, Heather said that upon learning of the mix-up she “flipped out,” feeling as though her “body was taken hostage.”

“[He] was put there against my will, just like rape,” Heather said of the pregnancy which she had elected to carry out. She wondered whether the clinic had mistakenly implanted someone else’s child.

“[It] felt like there was an alien living inside of me,” she stated.

Following their outrage, the couple’s physician floated the idea of aborting the child, but the women decided against killing the baby.

Instead, the clinic launched an investigation into the origins of the error, during which time Heather said that she had “no connection to the baby inside.”

After seven weeks, the clinic informed the couple that the child carried Robin’s DNA and thus belonged to her genetically.

“I was so furious. It felt like a deep betrayal. How the f*** do you mess up that bad?” Heather told the Post.

Upon the boy’s birth in December 2020, the two women were reportedly unable to bond with him, with Heather stating that even touching her son “sent electric shockwaves” through her body and elicited “extreme anxiety,” including “several incidences of suicidal ideation.”

Part of Heather’s objection to bearing a male child was down to her own experience of assaults, she said, as well as “the socialization of boys” which “reinforces masculinity,” she complained.

Bearing a baby girl “wasn’t a preference, it was a need,” Heather stated.

Despite an initial coldness towards the boy she gave birth to, Heather now believes that he is “a lovely kid,” and she is grateful to have him; however, she blames the clinic for her inability to “be emotionally present for him” from the very beginning, saying “our son deserved that bond from the start.”

As a result, the couple are now reportedly suing the CNY clinic on 11 separate counts, “including breach of contract, medical malpractice and battery,” the Post reported.