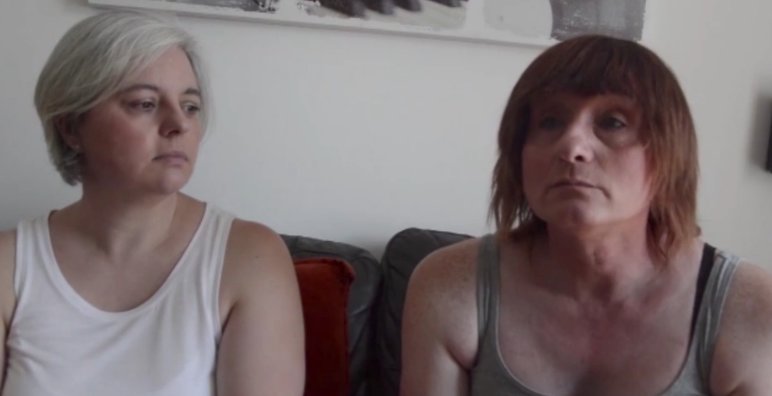 UNITED KINGDOM, July 17, 2017 (LifeSiteNews) – A husband and wife plan to renew their wedding vows as a same-sex couple because the husband decided he's a woman.

The UK publication The Mirror profiled the couple.

Denise Taylor married her husband, whose male name isn't mentioned in the story or video, in his navy uniform in a traditional-looking wedding. They have a 14-year-old son.

Denise's husband, who now goes by Kristiana, says he felt “beautiful” and “wanted” as a woman when he was younger.

“But as a boy, I felt the opposite,” he said. He joined the navy as “a way of escaping” his desire to be a woman, he said.

Now, he does “presentations in transgender care.”

“The opening slide says I didn’t become what I am, I was born that way,” he said. His voice and face are still rather manly. It appears he has had breast implants.

Five years ago, he revealed his desire to “become” a woman. The “wedding” ceremony for the two “lesbians” is planned for August 17.

“We both get to wear the dress this time,” Denise's husband said.

As transgenderism and other manifestations of gender ideology become more prevalent, there have been an increasing number of instances where family members “switch” genders.

An Oregon couple considers themselves “accidentally gay” because the man is gay and the woman identifies as a man. The woman is pregnant.

In Detroit, a mother “became” a male after her son “became” a daughter.