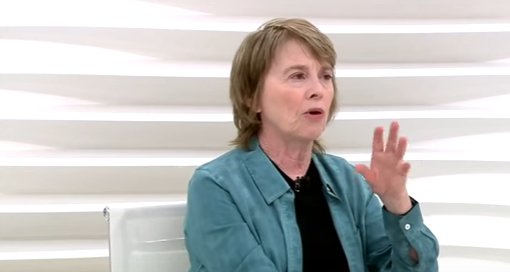 “I think that the transgender propagandists make wildly inflated claims about the multiplicity of gender. Sex re-assignment surgery, even today, with all of its…advances, cannot in fact, change anyone's sex,” said Paglia.

“You can define yourself as a trans man or a trans woman [or] one of these new gradations along the scale, but ultimately every single cell in the human body – the DNA in that cell remains coded for your biological birth [sex],” she continued.

“There are a lot of lies being propagated at the present moment, which I think is not in anyone's best interest,” she added.

Paglia made these comments to Roda Viva Internacional in 2015 (comments occur at 12:40 in linked video). Conservative media recently highlighted them.

The open lesbian and feminist is a professor at the University of the Arts in Philadelphia. Her views on political correctness, due process at universities, and the reality of biological sex put her at odds with many in the modern feminist movement. She is a prevalent writer and cultural critic.

Paglia says her feminism is the result of her “childhood experience as a fractious rebel against the suffocating conformism of the 1950s.” She said that universities and the mainstream media are the new centers of conformism that are “patrolled by well-meaning but ruthless thought police.”

Paglia said in the video that she is concerned by the “popularity” and “availability” of sex reassignment surgeries.

“Parents are now encouraged to subject the child to procedures that I think are a form of child abuse,” she said. These include “hormones to slow puberty” and “actual surgical manipulations” of children and teenagers.

“I think that this is wrong,” she said. “People should wait until they're of an informed age of consent. Parents should not be doing this to their children. And I think that even in the teenage years it's too soon to be making this leap. People change, people grow, and people adapt.”

Paglia said she suffered “gender dysfunction” as a child, dressing in men's clothing “as often as I could.”

“But I still believe that there are fundamentally two sexes that are biologically determined,” said Paglia. She wrote her dissertation on androgyny.

Reproductive biology is clear that there are only two sexes, Paglia said, and only a “very small,” “minute” number of people are born with genetic abnormalities that make their “gender…ambiguous.” It seems she is referring to hermaphrodites.

On another occasion, she called the subjection of children to puberty blockers “a criminal violation of human rights.”

Paglia has acknowledged that “abortion is murder” but said she still supports it.