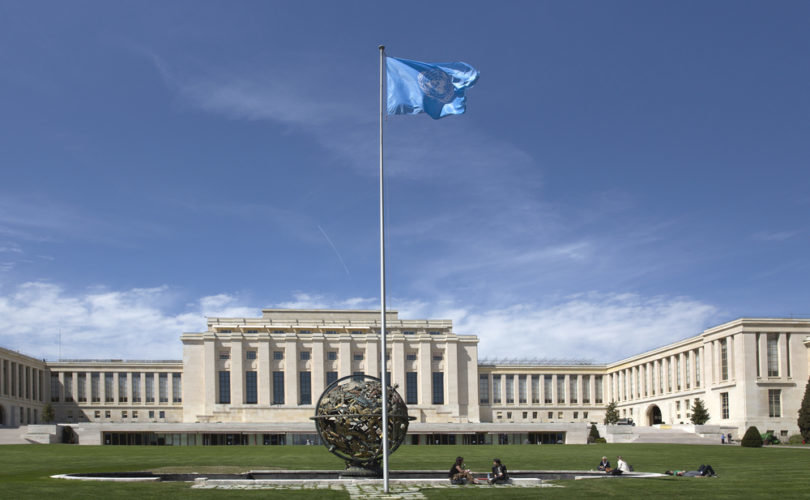 Following their successful push to outlaw sexual orientation change therapy (sometimes called “conversion therapy”) for minors in their home state of California, the National Center for Lesbian Rights is looking to ban the treatment all over the world, and they want the United Nations’ help.

The group will address the United Nations Committee Against Torture in Geneva next month, putting forward their case that counseling aimed at curing unwanted same-sex attraction amounts to “cruel, inhuman or degrading treatment” and “torture.”

“Persuading the Committee Against Torture to take up the issue of conversion therapy on the international stage has the potential to save the lives of countless LGBT youth in the United States and around the world,” said NCLR attorney Samantha Ames. “Conversion therapy is damaging our human rights record both at home and around the world and creating a crisis the United Nations can and should address this November.”

Samuel Brinton, a young gay nuclear waste specialist who won some notoriety in 2011 with unfounded claims of torture by his Southern Baptist parents – ostensibly to cure him of his same-sex attraction – will also address the Committee.

“Speaking to the U.N. in Geneva will be one of the highlights of my life and my work to end the torture of conversion therapy,” said Brinton. “While I’ve sat across the table from Secretary General Ban Ki-moon to discuss the need for the elimination of nuclear weapons, it will be this conversation which brings a tear to my eye, one seeking the elimination of a more personal threat.”

“A few years ago no one seemed to care about the horrific experiences of survivors like myself,” he continued. “They truly believed that conversion therapy had be relegated to the dustbin of history. All that has changed. This Kansas boy is about to speak to the most powerful members in the world in a quest to end conversion therapy. You can’t change what we never chose.”

Ames and Brinton are both part of a new movement called the #BornPerfect Advisory Committee, which aims to “[end] conversion therapy in the next five years by passing laws across the country to protect LGBT youth, fighting in courtrooms to ensure their safety, and raising awareness about the serious harms caused by these dangerous practices.”

Part of that strategy is to convince the UN to pressure the United States to ban sexual orientation change efforts by defining them as torture.

Ames and her allies are likely to face a receptive audience – the UN Special Rapporteur on Torture and Other Cruel, Inhuman or Degrading Treatment or Punishment previously issued a report condemning conversion therapy and calling for worldwide restrictions on the practice.

“This is a stark reminder of the determination of a certain lobby, driven by a radical ideological agenda, to close down options for those facing unwanted same-sex attraction. There is similar pressure here in the UK. It needs to be exposed and resisted, chiefly for the sake of those who want help,” Davidson said.

He added, “Science and experience demonstrate that help with unwanted same-sex attraction can be effective and is far from harmful.”