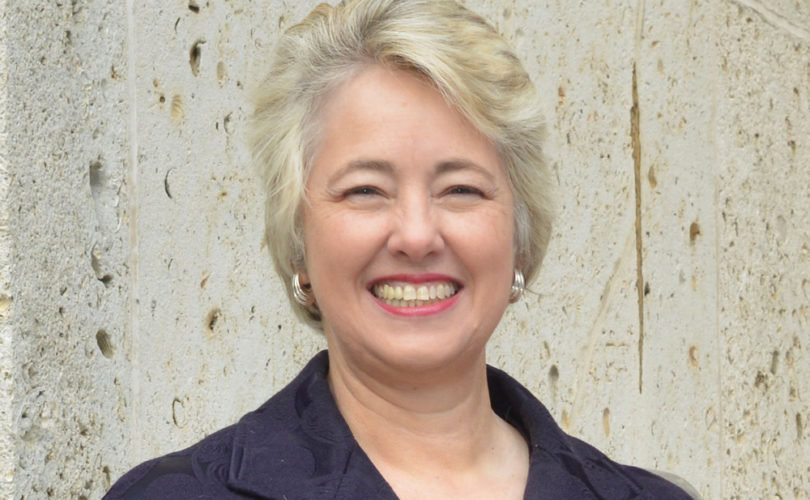 The lesbian mayor of Houston is fighting to keep a Texas judge from granting a jury trial to determine whether city officials’ decision to invalidate tens of thousands of signatures on a petition to give voters the chance to recall a controversial transgender rights law was legally permissible.

At issue is the city’s new “Equal Rights Ordinance” (ERO), which bans discrimination based on sexual preference and “gender identity.”  Critics of the law complain that it jeopardizes public safety by mandating that self-identified “transgender” people be allowed to use the restroom, changing and other sex-segregated facilities of their choice, regardless of biological sex.  Similar laws passed in other cities have resulted in harassment and sexual assault allegations after men gained access to women’s facilities.

Dismayed by the passage of the new ordinance, several local pastors and activists mounted a petition campaign to place the ordinance on the ballot for approval or rejection by the voters at large.  They collected 50,000 signatures, 31,000 of which they said were verified.

When city secretary Anna Russell counted the signatures, she affirmed that they had collected enough to force a referendum.  But then city attorney David Feldman intervened, tossing out thousands of pages of verified signatures due to “technical errors” such as mistakes made by the notaries who had to sign off on each page or the failure of the “circulator” to sign the bottom of a petition.  In one notable case, Feldman even tossed out the signature of a city council member who signed his widely used nickname instead of his full legal name.  When Feldman was done cutting signatures, the petition fell 2,000 names short of forcing a referendum, prompting the petition’s sponsors to file a lawsuit.

Represented by attorney Andy Taylor, GOP activist Jared Woodfill and four Houston pastors argue that Feldman overstepped his bounds in tossing out their petition after it had already been validated by the city secretary.  They accuse Mayor Parker and her administration of wanting to silence the public voice when it comes to the homosexual and transgender agenda, and point to her controversial October subpoena of the pastors’ sermons as evidence that she is willing to go to unconstitutional lengths to prevent her opponents from speaking out.

After massive public outcry, Parker eventually withdrew her request to review the pastors’ sermons. But she followed up by filing a motion to deny the plaintiffs a jury trial – something her opponents point to as more evidence that she doesn’t want to give the people of Houston any kind of say.

“In addition to taking away the constitutional voting rights of over 1 million people in Houston, the mayor is now attempting to take away our constitutional right to a jury trial,” said one plaintiff, Pastor Steve Riggle, in a letter to the city council.  “As a citizen of Houston for over 30 years and a community leader, I feel our city has suffered enough national embarrassment over this issue when what we have asked for all along is to simply let the people decide.”

The Parker administration argues that due to the “technical” nature of Feldman’s decision to throw out thousands of admittedly valid signatures, a “special master” should be appointed to evaluate the legality of his actions.  The city also argues that a jury trial would go against procedural norms for election-related litigation.

But Woodfill and his colleagues counter that because no election was ever allowed to take place, this is not an election-related matter.  He said that Parker is simply trying to avoid allowing normal Houstonians to weigh in on the controversial ordinance.

“What they’re really saying is they don’t think the people are smart enough to make that decision,” Woodfill told the Houston Chronicle. “Whether it’s been having the voters vote or now allowing a jury to decide, (Parker) has been consistent on that.”

Even some of the city council members who voted for the transgender ordinance are questioning Parker’s wisdom in trying to deny a jury trial.

“The city may be deploying a demonstrative legal strategy,” said councilman C.O. Bradford, “but I believe it will be a loser in the public opinion arena. We simply should not be trying to remove the people from the process.”  Bradford was joined in his opinion by council members Michael Kubosh and Oliver Pennington, both of whom voted for the ERO.

District Judge Robert Schaffer is currently considering whether to allow a jury trial.  He is expected to make his decision sometime this week.  Currently, the trial is scheduled to begin on January 20.