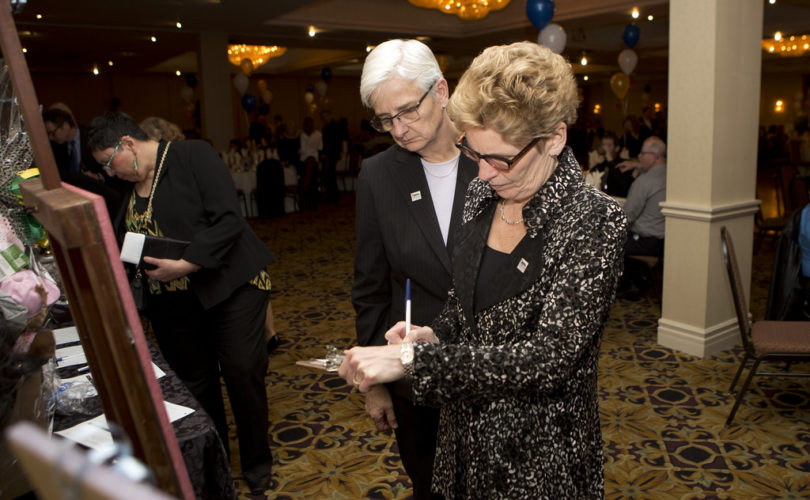 TORONTO — Ontario Premier Kathleen Wynne kicked off WorldPride last week by telling homosexuals and their supporters that, despite the province’s stringent equity policies, the struggle is not over to make children in playgrounds and schools “feel safe.” Ontario’s first elected homosexual premier then encouraged attendees to “do everything we can” to keep children safe.

“I will work every day to make Ontario the safest, the most inclusive place in the world so that we can be that beacon for the world.”

“There are children still in our playgrounds and in our schools who do not feel safe,” she said Friday evening during the event’s opening ceremonies at Nathan Phillips Square. “And we have equality policies and we have good, good teachers and support staff who are working to make those schoolyards safe. But we, all of us, have to carry that banner and we have to do everything we can in our communities to keep those children safe.”

Prior to taking the reigns of the province’s Liberal government in 2013, Wynne worked as the government’s education minister until 2010, promoting acceptance of homosexuality in Ontario’s schools as “equity.”

Wynne oversaw the 2009 Equity and Inclusive Education (EIE) strategy, which promoted openness to homosexuality in all publicly-funded schools across the province. The EIE strategy encouraged school boards to use texts by homosexual authors and to introduce gay-straight alliance clubs in schools.

In 2012, under the Liberal government, Ontario’s legislature passed Bill 13, which required the province’s publicly-funded schools — including Catholic ones — to form gay-straight alliances if requested by students.

“I want to say to you that as your premier, as the premier of Ontario, I will work every day to make Ontario the safest, the most inclusive place in the world so that we can be that beacon for the world. You are all part of that,” she said.