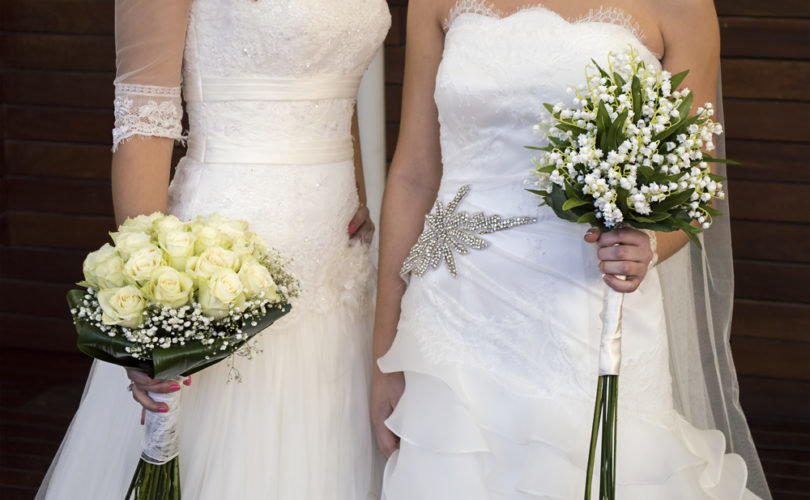 A former Catholic parish employee in Missouri is suing the Diocese of Kansas City — St. Joseph two months after she was fired when the diocese learned she had “married” a female Lutheran minister.

Colleen Simon says that a year after “marrying” Donna Simon in Iowa, she took the position as Director of Social Concerns for St. Francis Xavier. According to Simon, her relationship was not an issue for the former and current pastors of St. Francis. However, once Colleen and Donna were highlighted by a local publication, Bishop Robert Finn became aware of her relationship and told St. Francis' pastor to terminate her employment.

In a public statement sent to LifeSiteNews, the diocese said that while it “has not seen the filing,” it reserved “the right to live and operate according to our faith and Church teachings.”

“We regret this situation has resulted in litigation, however it is our sincere hope that the matter can be resolved amicably. As needed, we will defend our constitutional freedom to practice our faith and uphold the integrity of our mission and public witness,” said the diocese.

Simon says that she spent weeks trying to get her job back before filing the lawsuit. She was fired after refusing to resign, and claims she asked for her job back. An online petition was started to help her go back to the job, but that didn't prevent the parish from hiring her replacement.

After the church filled the position, Simon says she decided it was time for a lawsuit. The lawsuit seeks reinstatement, lost wages, and damages.

Jack Smith, the diocese's director of communications, told LifeSiteNews that the diocese provided Simon with one month's severance and six weeks' health insurance coverage “to help her transition.” Smith also provided a service letter that they sent to Simon on June 27 stating she was employed from July 1, 2013 through May 14, 2014.

Smith says Alliance Defending Freedom is representing the diocese in the suit.

Finn has long been a target of media scrutiny. He has faced criticism over his strong stand on moral issues such as abortion and same-sex “marriage,” but also over his handling of a diocesan priest who was found viewing child pornography.

Simon’s is the latest in a series of high profile cases of former Catholic employees who have been fired or forced to resign after Church officials learned of their homosexual relationships. Earlier this year, a former vice principal in Washington State sued the archbishop of Seattle and the school at which he was employed after he was forced to resign because of his “marriage” to his male partner.

Likewise, this month a former teacher in Georgia filed a complaint after his contract was not renewed when his employer found out about his homosexual relationship. The teacher, Flint Dollar, has hired a lawyer who is calling the situation “gender discrimination.” Dollar has said he is working to change federal discrimination laws, though his lawyer believes “gender discrimination” claims will be enough for his client to win a lawsuit against Mount de Sales Academy in Macon, Georgia.

In June, a volunteer at a church in Michigan was disallowed from serving his parish because of his “marriage” to his partner. Bob Brown had been a member of St. Michael's Catholic Church in Marquette, Michigan, for eight years before “marrying” his partner. He was subsequently banned from sitting on the pastoral council or engaging in other service to the parish, though it was clarified that he is welcome to attend the church.

The Catechism of the Catholic Church states that “Homosexual persons are called to chastity,” and “tradition has always declared that 'homosexual acts are intrinsically disordered.'”