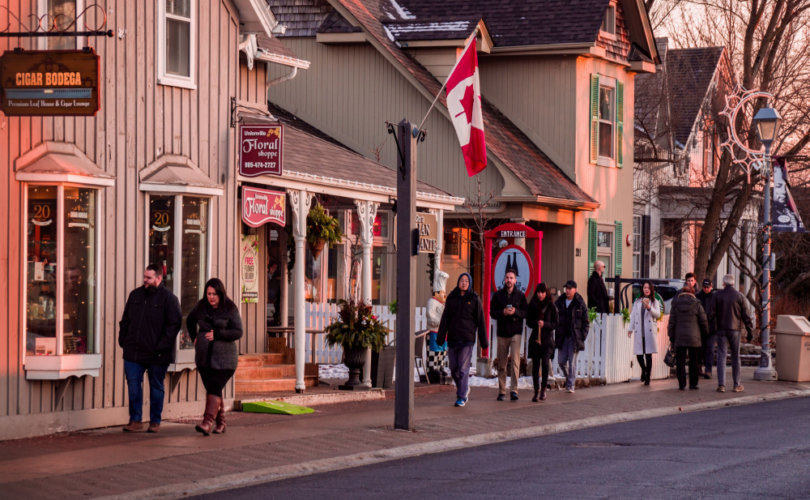 OTTAWA (LifeSiteNews) – Conservative Party of Canada MP and leadership candidate Dr. Leslyn Lewis has raised alarm bells over the idea of so-called “Environmental Social Governance (ESG),” saying it’s being used as a tool of “fear” on small businesses that could make it hard for them to survive.

“ESG,” Lewis wrote in a new blog post, “their worst plan yet.”

“A narrative of fear surrounds the issue of climate change, and it’s being used to completely alter our way of life. I’ve already covered how the Net-Zero policies are going to transform our food supply chain and why Canada is now headed in the direction of rising discontent like in the Netherlands and Sri Lanka,” Lewis wrote.

Lewis noted how ESG will not just stop at farming, but that “small businesses will soon become virtually impossible to operate.”

“The International Financial Reporting Standards (IFRS) has a new accounting regime that is based on ESG and applies to all small and medium-sized businesses. This new system tracks the ‘life cycle’ of every single product and service that a business generates,” Lewis wrote.

Lewis noted how this in effect means “small business owners will need to track where a product comes from and the emissions the product generates (which, of course, differs depending on the purchaser and the user).”

ESG, as it is known, is a set of standards for business operations that can be used by global investors to see whether or not a company is following standards when it comes to its environmental, social, and governance work models.

A company’s ESG indicator can be used to create a climate “score” of a business, including its overall carbon emissions, along with internal accounting practices.

Some businesses have been using ESG for the past decade. However, in recent years the concept is being pushed to be adopted by all businesses on the account of climate change.

Prime Minister Justin Trudeau’s 2022 budget includes a portion that mandatory climate-related reporting is in the works for all federally regulated financial institutions in Canada.

Canada’s oil and gas sector is also being forced to use ESG reporting standards in order to comply with federal regulations.

According to Canada’s Energy Regulator, “One of the ways climate commitments are being measured is through the inclusion of environmental, social, and governance (ESG) metrics in investment decisions, government policies, and business strategies.”

Lewis noted that when it comes to ESG, the irony is that while “these nonsensical rules will be imposed on businesses in Canada,” Canadian businesses operating in China, India, and other nations “won’t impose such measures on local operators.”

“It is also the exact opposite of the lesson we should have learned from the COVID-19 crisis: we should be focusing on securing our supply chains and becoming more self-sufficient,” Lewis noted.

“The requirement for small business owners to comply with ESG will completely cripple our local business sector with no measurable goals or proof as to how these practices will actually reduce carbon emissions.”

Lewis sees several serious implications in the coming future as a result of ESG.

She warned that in the coming months it’s possible Canada will see “farmers being unable to produce the crop yields of previous years, and eventually we will see many farmers dispossessed of their farms through Net-Zero policies.”

Lewis also cautioned that Canada’s laws are moving toward “disarming people – not those engaged in firearms crimes and gun violence, but those law-abiding firearms owners and hunters.”

Under ESG standards, Lewis said homes will become even more expensive and that many “small businesses will no longer be able to survive as red-tape and compliance rules will enrich lawyers, accountants and environmental consultants under the ESG Net-Zero reporting model.”

“What I find grotesque is that rather than politicians explaining what is happening, anyone who catches on, asks questions, and shares information is called a conspiracy theorist. They hope that people won’t notice even as elements of our personal and national sovereignty are eroded,” Lewis wrote.

Last month, Lewis warned that Canada will face a “food shortage” should the country push ahead with the Liberal Party’s green policies that attack farmers.

Lewis recently said attacks on Canadian farmers via so-called net-zero targets are like “sorcery” and a real cause for concern for Canada’s future food supply.

The government of Prime Minister Justin Trudeau is pressing ahead with an attack on Canadian farmers by pushing forth an agenda that would force them to reduce the amount of nitrogen-based fertilizer.