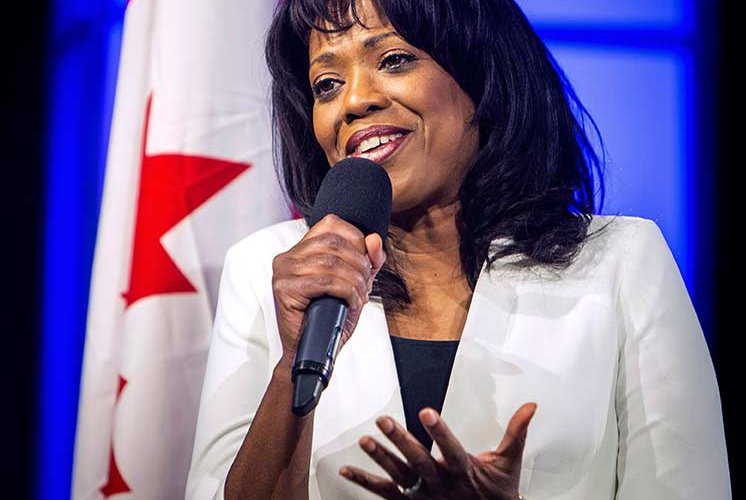 (LifeSiteNews) – Canadian Conservative Party leadership candidate Dr. Leslyn Lewis published a blog post on her website calling a foul on claims like “trust the science” that she said “are actually displays of faith rather than confidence in the scientific method.”

Lewis, who is a committed Christian, began the piece, which she entitled Faith or Science, by lamenting that the words “faith” and “science … don’t mean what they used to anymore.”

She wrote, “Faith has been popularly defined as ‘the substance of things hoped for, and the evidence of things not seen.’”

In her opinion, this definition of faith has “now been adopted by governments to get people to buy into policies.”

According to Lewis, “claims like ‘trust the science’ are actually displays of faith rather than confidence in the scientific method.”

“Science is not trust, it is tested,” she added.

She wrote that people who treated the topic of COVID vaccines through the lens of the scientific method, rather than the lens of faith, were “mocked, ridiculed, demonized and … out-right silenced for asking simple questions about COVID or even vaccines.”

Appealing to her experience as a lawyer, she said that whenever she encounters a “bullying person,” her instincts tell her they are “hiding something.”

“Coercion always put me on alert that something wasn’t right,” she said.

Acknowledging that many Canadians were in theory happy to “get vaccinated,” she expressed discontent that the national conversation degraded very quickly when people were skeptical of the COVID jabs.

Any scientist who brought up the fact that COVID jabs do not stop the spread of the virus “was vilified, de-platformed and ostracized as a dangerous conspiracy theorist.”

She added, “Canadians turned against their family members refusing to see them by falsely believing that vaccinated people were immune from getting COVID.”

Lewis stated that because of her commitment to medical privacy, which she called “one of the major tenets of our medical system,” she refused to disclose her medical information to the Conservative Party leadership under disgraced leader Erin O’Toole.

“I accepted my punishment by not receiving a critic/shadow cabinet position even though all I had to do was simply disclose my vaccination status. I refused because I believe that my principles were worth more to me than any position,” she wrote.

Near the end of the piece, she hammered home her opinion that people have put “faith, not in any deity, but in government.” She called on Canadians to eschew “blind allegiance” by “faith” to the government.

She concluded by saying, “It’s time we had politicians who showed a little faith in the people they are supposed to serve, and that requires that we end this era of intellectual darkness and blind faith and allegiance to the politicians and bureaucrats who underestimate our intelligence.”