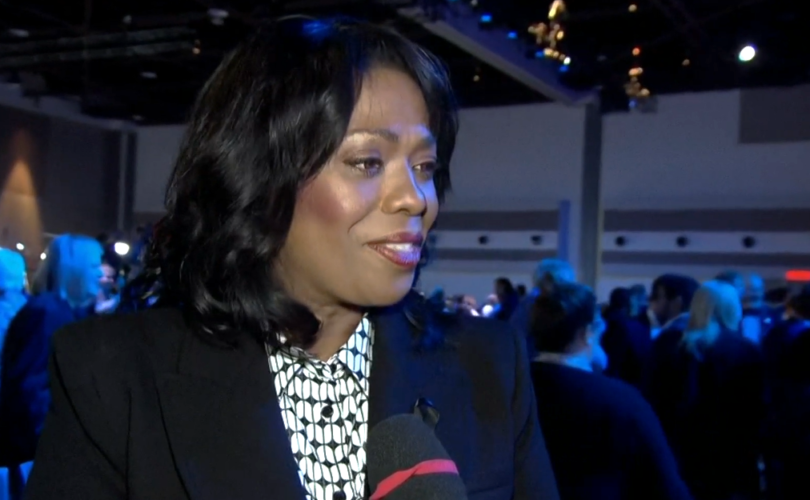 OTTAWA (LifeSiteNews) – Conservative Party of Canada MP Dr. Leslyn Lewis has exposed how the Liberal government of Prime Minister Justin Trudeau signed onto a World Economic Forum (WEF) Charter in 2020 that could give away the nation’s autonomy when it comes to health care and the environment.

“In Nov 2020 while Canadians were distracted by COVID, the Liberal govt signed a World Economic Forum-initiated Charter. The Agile Nations Charter will facilitate agile ‘rule-making’ outside of Parliament,” Lewis tweeted Wednesday.

The pro-life Lewis included a link to a document she received in response to an Inquiry of Ministry request she filed in October 2022 that asked about the Canadian government’s commitment to the WEF-led “Agile Nations” network.

The responses in the document, which were given to Lewis by Liberal MP Greg Fergus, show that Canada was one of seven countries that attended meetings held by the WEF, as well as the Organisation for Economic Cooperation and Development, in 2020.

The meetings went over “agile regulation on emerging technologies,” with Fergus noting that Canada “expressed support for the proposal and provided input on early drafts of the Charter to inform the final version that was signed in November 2020.”

“Canada has supported the United Kingdom in its term as the first Chair of Agile Nations to establish coordination and governance mechanisms,” the response reads.

According to Fergus’ responses, the “Agile Nations Charter is a recognition by member countries of the need for international collaboration to create a regulatory environment in which innovation can thrive.”

“For Canada, this aligns with existing policy priorities under the government’s regulatory modernization agenda.”

Fergus noted that the Canadian government under Trudeau, by signing onto the agreement, looks to “strengthen international ties to advance common regulatory innovation priorities and identify international best practices that can inform federal regulators in better designing and administering innovation-friendly regulatory regimes.”

Fergus’ responses also suggest that the “Agile Nations Charter” would use a sort of digital ID to help along any regulatory changes that come about.

Of note is that several large companies have also signed onto this agreement, notably Facebook, IBM, and Siemens.

“We agree with the need for more agile governance of emerging technologies as a collaborative approach involving governments, academia, civil society and industry,” Reinisch said.

This week, the WEF is holding its annual meeting in Davos, Switzerland, which will end January 23.

In attendance at the meeting is Canadian Deputy Prime Minister and Finance Minister Chrystia Freeland.

The Davos summit thus far has seen the woke agenda on full display, with many world leaders pushing climate alarmism, abortion and the LGBT agenda.

Yesterday, Lewis took a shot at the WEF meeting but said she was proud none of her colleagues are in attendance in Davos.

“So proud of my fellow Conservative MPs for working in their Canadian communities instead of jet setting off to Davos to find out how the world’s self-serving billionaires think that the rest of us should live,” Lewis tweeted.

Conservative Party of Canada (CPC) leader Pierre Poilievre said a hard no to any of his MPs attending.

Critics have sounded the alarm over the Trudeau government’s involvement in the WEF and other globalist groups, pointing to the socialist nature of the “Great Reset” agenda and its similarities to Communist China’s totalitarian Social Credit System.

Last October, it was shown that the Canadian federal government under Trudeau acknowledged in writing that it has a $105.3 million contract with the WEF to help create a digital identification system for travel.

Lewis also sounded the alarm over another global initiative that looked to standardize health regulations globally.

In May 2022, Lewis insisted the Canadian government “defend our healthcare sovereignty” and vote against proposed U.S. amendments to the World Health Organization’s (WHO) International Health Regulations (IHR).

Controversial amendments by the administration of U.S. President Joe Biden to the WHO’s IHR treaty were denied later in May 2022, thanks to international pushback.