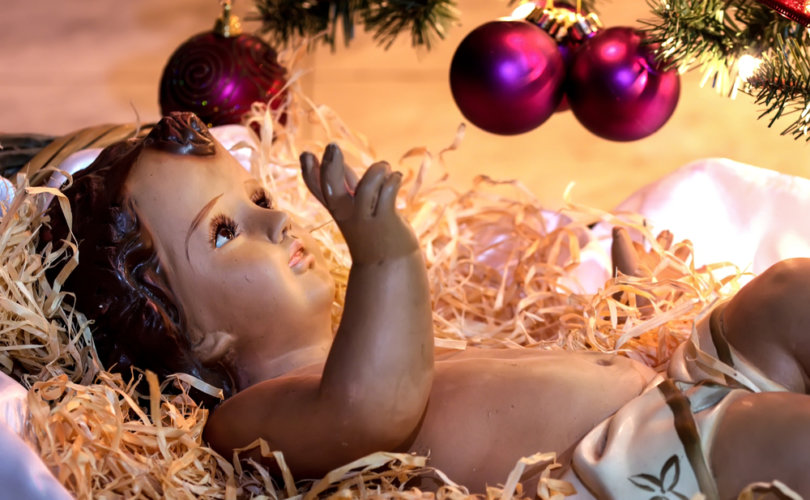 December 24, 2016 (LifeSiteNews) — Christianity, let’s face it, is a complicated faith, starting with our three-in-one God. The liturgical year sorts this out by giving us a time to mourn and a time to rejoice, even if, on this earth, and at Christmas, there are no unmixed blessings. We see this in T.S. Eliot’s famous and beautiful poem, The Journey of the Magi. (You can hear Eliot himself recite the poem here.)

I once had the mixed pleasure of reciting it to a cathedral full of worshippers at an Advent service. In it, one of the Magi recounts in his old age a poignant and uncomfortable trip to Bethlehem haunted by foreshadowings of Calvary. It is dominated by a sense of loss — of the old ways, of magic and paganism. It concludes with a question:

“Were we led all that way for
Birth or Death?”

“This Birth was
Hard and bitter agony for us, like Death, our death.
We returned to our places, these Kingdoms,
But no longer at ease here, in the old dispensation,
With an alien people clutching their gods.
I should be glad of another death.”

Birth or Death. Christmas carries both meanings and much more besides. But it is not wrong to concentrate on joy now. The Catholic liturgy enshrines this approach, expressed so well by Ecclesiastes in the passage beginning “For everything there is a season” and continuing:

Our culture’s sin with Christmas is not that we dance too much, but that we have forgotten why we are dancing. At this last Thanksgiving, which we celebrated with my totally secular in-laws, I was especially struck by the complete absence of, well, thanks.

There came the obvious moment for it, with all the food served and everyone seated — you know — where people pray the thanksgiving prayer. But here, the host raised his glass and invited us to join him in a toast “to” thanksgiving, as if it were an opaque object fossilized by time, like an old church in Quebec or the Soviet Union, renovated by the State as a heritage site or a museum of atheism.

This was a very successful crowd of professionals, doctors and nurses, oilpatch entrepreneurs, et al. They had no one to thank but themselves for their good fortune.

Christmas was long ago commercialized, but that has turned out not to be the problem. That was a distraction that actually served as a useful reminder of “the real meaning of Christmas.” Even the sentimentalization of Christmas as a family event was not the problem.

Today’s problem is that Christmas, like my in-laws’ Thanksgiving, has turned into an object, a prize to be fought over and used in the culture wars. Secularists try to suppress every heartfelt express of Christmas in schools and public space, while conservative culture warriors attempt to display it in places it doesn’t belong.

Last year, the leading battleground was not over physical crèches at city hall, however, but over Middle Eastern refugees. Liberals who hadn’t been to church in years claimed “the Spirit of Christmas” required the West open its borders, as though Mary, Joseph and the unborn Jesus’ difficulty finding lodgings in Bethlehem was the point of the story.

No, responded conservatives motivated less by exegetical ardour and more by justifiable scepticism about the character of the refugees. Christmas, they pointed out quite correctly, is about God’s sacrificial gift of His son to humankind, the gift of His redeeming life and death.

But that is not an object to be fought over: It is an an example, surely, to emulate with sacrificial acts of our own. And for whom? The Good Samaritan is our exemplar, and he helped a Jew, a member of a despised and heretical religion, as far as Samaritans were concerned.

Hmmm, on the face of it, that sounds like Muslim refugees to me. But Christianity is complicated. Its theology is complex and its morality is complex. The spirit of Christmas is certainly big enough to encompass Muslims, but how?

Helping Muslims doesn’t mean opening our borders, opening our homes, exposing ourselves and our families to lawlessness. We can and should help them live better, with Christian love expressed in material ways, and Christian truth and faith when we can sneak our Bibles and missionaries past their brutal barriers. But if we let anyone in, it should be refugees from Muslims, who truly need a refuge, not Muslims who need help with transforming their culture, and who may not want it.

Charity is a more important virtue than prudence, but prudence is still a virtue. And we owe charity not only to the stranger but also to our own neighbours and fellow citizens, and especially to our families. That is why we have countries and borders and armies — to defend ourselves, those we love, our faith and our values, not out of hatred for the other but out of charity for all, in imitation of Christ and in expression of the Spirit of Christmas.