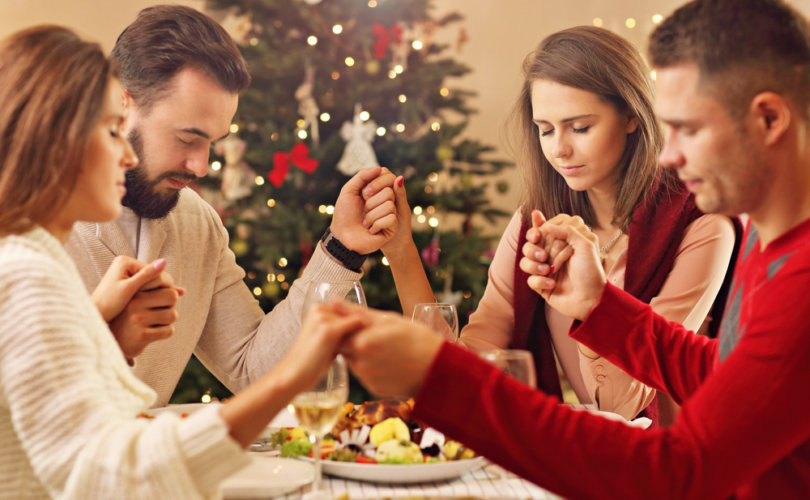 December 24, 2018 (LifeSiteNews) – Nobody knows where Asia Bibi, the Pakistani Christian woman recently released from years on death row for “blaspheming” the Muslim religion, will spend Christmas. Her spokesman said only that it will be in a closed room in protective custody, to keep her safe from the mobs in Pakistan who have been baying for her blood since the nation’s supreme court acquitted her of the charges. Many Western nations that enjoy bragging about their love of human rights have refused to offer this beleaguered woman asylum from her tormentors.

And it is not only Asia Bibi who will celebrate Christmas under the shadow of the persecutors.

A widespread crackdown on Christians in Iran led to the arrests of over 100 Christians, with many of them arrested for “proselytizing” Muslims to Christianity, which is a crime in the Islamic Republic. Those arrested were ordered to detail their past religious activities and cut contact with any Christian groups they might be involved in. Christianity has existed in Persia since shortly after the Crucifixion some 2,000 years ago. Despite this, many Christians fled after the Islamic revolution of 1979. Some reports indicate, however, a rising rate of conversion to Christianity despite the obstacles.

In China, police officers in some cities are apparently being given quotas for how many Christians they need to arrest. Open Doors, an organization that tracks the persecution of Christians around the world, noted that police officers could lose their jobs if they do not imprison the required number of Christians. This comes in the wake of a massive nation-wide crackdown which began with the arrests of the leadership of a prominent evangelical house church, with apartments being surrounded and entire families dragged off to jail. Chinese Christians are promising to stand firm in the face of this persecution.

In Egypt, some have been trying to draw attention to a silent epidemic for years: The systematic kidnapping of Christian girls by Muslims. Girls are pulled off the streets, held in captivity, sexually assaulted, and told they must convert to Islam. Violence is used to break their will: One young Coptic Christian girl from Minya was kidnapped by five Muslim men, forcibly stripped naked, and filmed. The kidnappers threatened to make the video public if she did not convert to Islam and marry one of them. Christians in Egypt keep a close eye on their daughters, and try to ensure that they never travel alone. The authorities rarely bother to assist those families who are robbed of their daughters.

In Nigeria, the massacre of Christians by Fulani radicals has continued. Hundreds have been killed in the past several months in an ongoing humanitarian crisis that has been largely ignored by the world, with men, women, and children being hacked to death with machetes in what many in the press are simply writing off as a tribal conflict over farmland. Christian girls have also been kidnapped by terrorist groups such as Boko Haram, and one fifteen-year-old schoolgirl named Leah Sharibu remains in captivity because she refuses to convert to Islam.

Around the world, Christians will celebrate the birth of Christ while fearing for their families and for their lives. They will pray for safety for their daughters, the release of their friends, and the protection of their communities. When I was asked to write a Christmas reflection, it was these headlines that my mind immediately went to, because it seems some days as if the world is on fire and Christians are the primary victims being thrust into the flames.

Reading these stories should give Western Christians a valuable sense of perspective. As secular jihadis continue their holy war against all those who will not bend the knee to their new sexual orthodoxies, it often feels as if persecution is only just around the corner. Christians are demonized if they admit they still hold the beliefs that Christians have held for 2,000 years. Christian adoption agencies are being shut down, businesses are being hounded out of existence, and mockery and blasphemy are the norm for Western elites rather than the exception. And yet, compared to the physical persecution experienced by Christians around the world, the West is still a haven for those who wish to celebrate Christmas this year.

The Lord Jesus came into the world as a despised and rejected man of sorrows, as I heard again at a performance of Handel’s Messiah this Advent season. Almost as soon as His existence was made known to the authorities, Herod sent men to have Him murdered. Around the world today, the spiritual descendants of Herod still send their minions to persecute those who bear the name of the Saviour who was born over 2,000 years ago in Bethlehem. They will celebrate His birth with joy mixed with fear and trembling.

Spare a thought and a prayer for them as you sit in church this Christmas season.