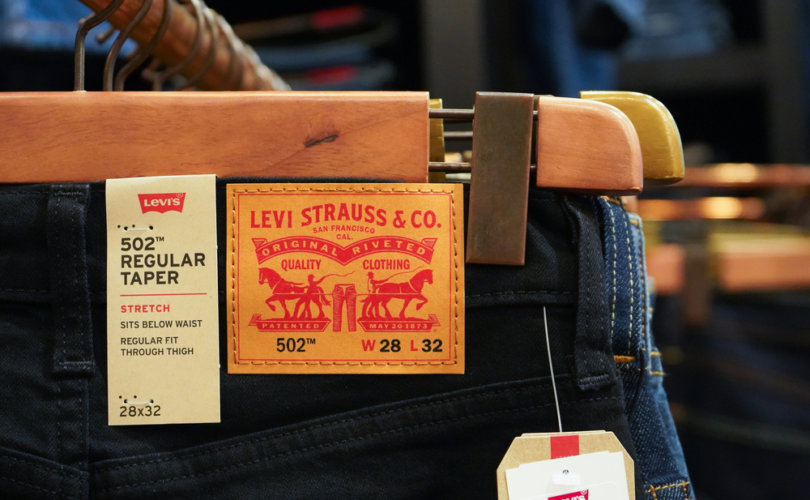 SAN FRANCISCO, California (LifeSiteNews) – Clothing company Levi Strauss & CO reminded employees in a statement Wednesday that it will help them have abortions, even if it means paying for them to travel out-of-state. The announcement came in light of a leaked draft opinion from the Supreme Court that would use the Dobbs v. Jackson case concerning Mississippi’s limits on abortion at 15-weeks to reverse Roe v. Wade entirely.

The company has a long history of supporting abortion and same-sex “marriage,” including selling jeans with a pro-LGBT ribbon on them and donating money to train homosexual activists outside of the U.S. The Levi Strauss Foundation donates money to abortion groups, including Planned Parenthood. Life Decisions International’s boycott list has included the jeans company for decades.

“Business leaders are responsible for protecting the health and well-being of our employees, and that includes protecting reproductive rights and abortion access,” the company stated on Wednesday. “Access to reproductive health care, including abortion, has been a critical factor to the workplace gains and contributions women have made over the past 50 years.”

The company said abortion restrictions would “jeopardize that progress” especially for “women of color.”

Women in some states would have fewer rights than women in others, and our country would be consigned to a more unjust and inequitable future. What’s more, companies would need different health policies for different locations – including coverage for time off and travel across state lines – to ensure employees can access reproductive health care.

The company said “numerous employees have expressed to leadership their growing alarm over the rollback of all forms of reproductive care.”

“Under our current benefits plan, Levi Strauss & Co. employees are eligible for reimbursement for healthcare-related travel expenses for services not available in their home state, including those related to reproductive health care and abortion,” the company stated. “There is also a process in place through which employees who are not in our benefits plan, including part-time hourly workers, can seek reimbursement for travel costs incurred under the same circumstances.”

It urged other “business leaders” to “make their voices heard and act to protect the health and well-being of our employees” and  “[t]hat means protecting reproductive rights.”

The company’s alleged support for women is not absolute, however. For example, it forced out a female executive who asked the company to speak out against school lockdowns and noted the extremely low risk children face from COVID.

Other major corporations have reiterated their support for helping women abort their child, including Amazon.

The retail giant announced Monday that it will reimburse up to $4,000 a year in travel expenses for treatment of non-life threatening issues, including the so-called “treatment” of abortion.

Amazon’s announcement came hours before news broke of draft Roe reversal decision when Politico published a leaked draft opinion from U.S. Supreme Court Justice Samuel Alito, indicating the court as a majority is poised to overturn the nearly 50-year-old ruling that imposed abortion on demand on all 50 states.

May 3, the U.S. Supreme Court confirmed the authenticity of the unprecedented leak but said it does not reflect the court’s final opinion.