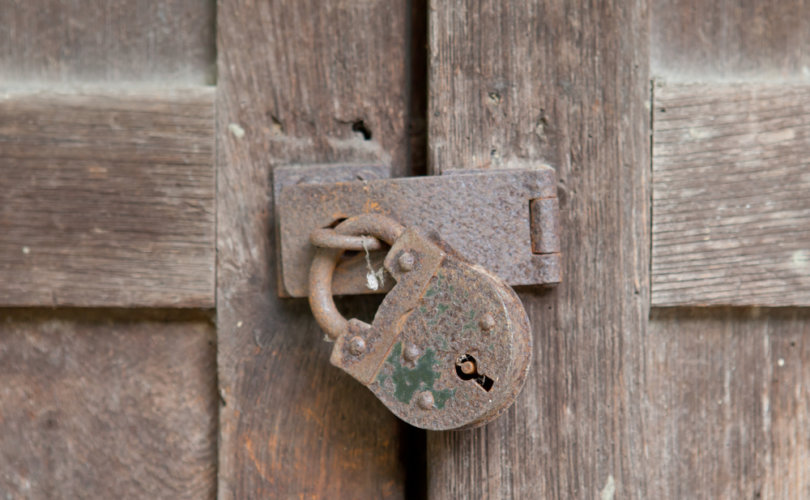 UNITED KINGDOM, April 3, 2020 (LifeSiteNews) — The spokesperson for the Catholic Church in England who explained to the UK government why churches should be closed due to the coronavirus, despite the government originally saying churches should remain open, has a history of supporting and promoting the LGBT agenda, LifeSite has learned.

Professor Jim McManus, a member of the healthcare reference group for the Catholic bishops of England and Wales, helped prepare the bishops’ coronavirus guidance and, according to a statement released by the Diocese of Westminster last month, explained to the UK government why churches must be shut in response to the crisis. The bishops closed the churches despite a guidance published by the Ministry of Housing, Communities and Local Government that stated that “places of worship should remain open for solitary prayer.”

The diocese explained the role played by McManus in the closing of churches in a message it published after the government announced that, as part of the ongoing nationwide lockdown all churches and places of worship must close altogether, having previously said that they could remain open for private prayer.

“Professor Jim McManus has spoken with a senior civil servant and it was quite clear they just had not thought through the issues of infection and security of churches and when he made these points clear, they were appalled and agreed they had made a mistake,” the diocese’s document said.

“Keeping churches open sends an utterly inconsistent message and therefore they must be closed for the benefit of others and stopping infection,” the document continued.

In a 2014 presentation produced by McManus titled “Delivering anti homophobia in faith schools” he asserts that “[s]ome LGBT Catholics feel in conscience they can live full lives in relationships, others feel called to take Church’s teaching literally. Catholic schools do not have to take sides or depart from official teaching to be able to commit to reducing bullying.”

In the same presentation, McManus also cites pro-homosexual guidance to schools from Stonewall, a U.K. LGBT activist group roughly equivalent to the Human Rights Campaign (HRC) in the United States. Stonewall encourages British primary schools to embed gay, lesbian, and transgender themes and examples into every subject area and every grade level.

In a 2017 Royal College of Physicians newsletter, McManus celebrated the then recently passed Children and Social Work Act (2017) which made the new subjects of Relationships Education compulsory in all primary schools in England, and Relationships and Sex Education (RSE) compulsory in all secondary schools in England, including faith and independent schools. From the outset, government spokespersons, including the Prime Minister, stated that Relationships Education would be “LGBT” inclusive.

McManus described the passing of the legislation as “Great” and said it was even better that the legislation was supported by “the two biggest national faith education systems – The Catholics and the Church of England.”

McManus noted that all “faith schools must teach all aspects” of the new framework and described the Catholic school of which he was formerly a governor as “one of the most LGBT friendly places I’ve ever seen.”

Other faith communities in the U.K. have resisted the new education laws with Jewish leaders saying earlier this year that they will oppose educational authorities and not allow their schools to teach about homosexual and other “lifestyles” that are “prohibited by the Torah.” Muslim parents have been making headlines for months for opposing LGBT education in British schools.