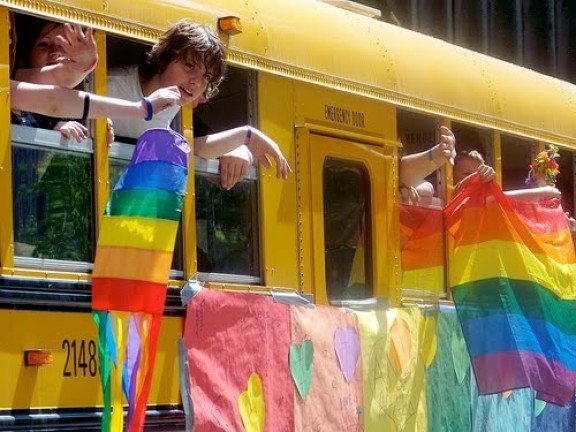 (LifeSiteNews) — This comes as no surprise to those of us who have been following the LGBT takeover of culture over the past decade or so, but it is still worth noting: Activists now feel comfortable enough to say the quiet part out loud. That is, as I’ve written in this space before, they are no longer pretending that the education (or re-education) of children is not the goal of their movement.

Writer Anukriti Prasad says as much this month in an article titled “How children’s literature can help in the move to normalise queerness.” This can be difficult, Prasad says, because many parents are still homophobic and dedicated to “heteronormativity.” As such, it is important that the education children receive at school be designed to subvert the upbringing they might receive from such parents. An excerpt:

Nandini Choudhury, relationship expert and meditation mentor at a Kolkata-based wellness organisation called Crystal Minds, believes this cycle runs on modelling. “Being especially impressionable in their formative years, children often emulate their parents’ exhibited behaviour. Along with adopting demonstrated vocabulary and mannerisms, they also inherit the biases they hear most often. How they witness elders, whether at home or in school – the two most crucial sites in children’s lives – approaching various topics, defines the formation of their own responses to these concepts.”

It is important, Prasad writes, not to “perpetuate” the “generational prejudices that we inherit from our elders.” In other words, certain views of sexuality and gender are outdated and must be dispensed with. It is the task of educators to ensure that parents do not pass their beliefs on to their children. An important aid in that, Prasad says, is children’s literature, which as the power to “endow their young readers with lifelong values.” That is to say, lifelong LGBT values. Books with LGBT themes, she says, can promote “LGBT+ allyship.”

In fact, Prasad says, these books can break them out of the “rut” — the rut of their parents and intergenerational traditions:

[Q]ueerness in children’s literature can also play a role in forging the kind of individuals the children will grow into. As and when they read about it, note its normalcy and learn about the systemic injustices it faces, their own beliefs take shape. The attitudes they develop at this stage will then determine which side of the fence they pick. Thus, by breaking stigmas early and helping the youth progress further than previous generations, major changes can be brought about to the system, ending the aforementioned rut.

If you have children and you want them to develop a healthy, biblical view of sexuality, you need to know that you are facing off against the forces of Big Tech, the government, the entertainment industry, and what passes for education these days. Parents have told me that it is pretty much impossible to let kids pick out their own books at the public library these days, because LGBT themes pervade the children’s section (all funded by you, the taxpayer!) To ensure that your children do not see the ugliness, hedonism, and confusion of today as “normal,” you will have to be extraordinarily vigilant.