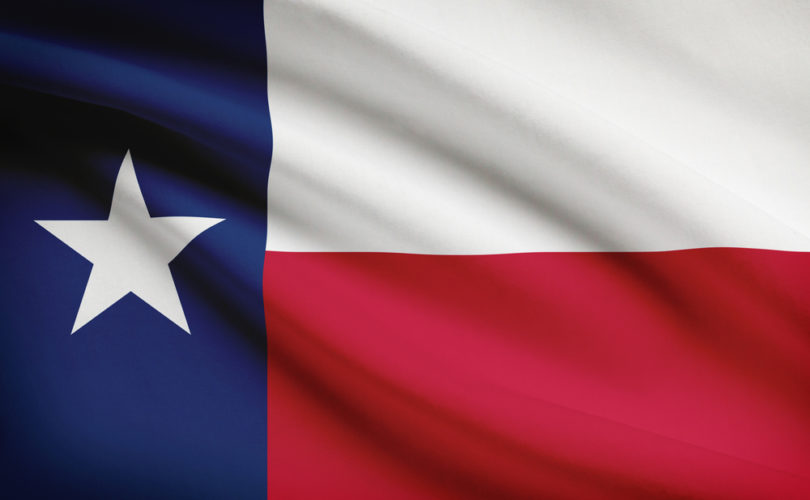 April 24, 2019 (LifeSiteNews) — Pro-LGBT lobbying groups are continuing their efforts to pressure Texas lawmakers to abandon legislation aimed at protecting professionals’ right to conduct their businesses in accordance with their religious beliefs, but supporters of the measure are holding firm for the time being.

The Texas Legislature is currently considering a handful of religious freedom bills, including Senate Bill 17, which would bar state licensing agencies from limiting professionals’ ability to act on a “sincerely held religious belief.” Opponents claim that it would unleash “discrimination” against homosexual and gender-confused Texans, but its author argues it’s a simple matter of religious liberty.

“Living our faith does not stop when we start to work,” Republican state senator Charles Perry said. “When we see what we may perceive as immoralities, those people who hold those beliefs should be able to defend their faith … without fear of losing their livelihood and their license.”

Texas’s Lt. Gov. Dan Patrick considers the bill one of his top priorities, but a coalition of corporations and business groups including Google, Amazon, IBM, Texas businesses, and over a dozen state chambers of commerce came out against it last month. It passed the state Senate, but its foes are continuing their efforts to pressure the state House to abandon it, CNBC reports.

“The business community across Texas has made it clear that they oppose this legislation,” declared Samantha Smoot of Equality Texas. “It is bad for business, bad for the brand and bad for the people of Texas, their workers and their families.”

National LGBT Chamber of Commerce senior vice president Jonathan Lovitz claimed that Texas’s economy is “directly tied to our nation’s rich diversity,” which makes “fighting a bill like this … not only the right thing to do by their people but in the best interest of our economy.”

Perry responded to the activists’ threats by noting that under his bill, licensed professionals “must still follow all state and federal laws and abide by the standard of care in their profession” and that ultimately, “protecting one of our basic core principles of who were are as a nation” is more important than the “almighty dollar.”

The LGBT lobby has threatened lawmakers by calling to mind the economic harm endured by other states after enacting similar laws, but Republicans such as North Carolina Lt. Gov. Dan Forest have argued that such costs are exaggerated. He said in 2017 that his state lost just a tenth of one percent of its annual GDP yet still enjoyed economic and job growth.

Other Texas leaders are similarly unlikely to back down. Outgoing Republican governor Greg Abbott is a social conservative known for taking stands against the LGBT agenda, and Republican attorney general Ken Paxton recently launched a discrimination investigation into the San Antonio City Council’s decision to ban Chick-fil-A from San Antonio International Airport over the conservative religious views of the chain’s owners.