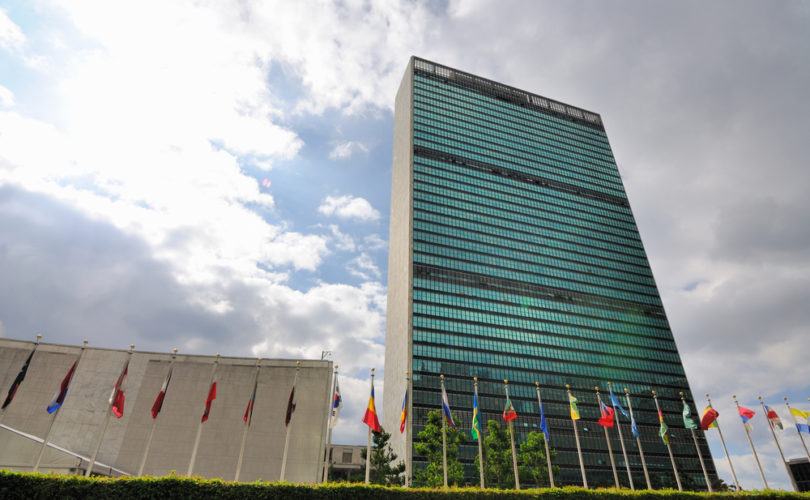 GENEVA, July 8, 2016 (C-Fam) — The UN Human Rights Council narrowly adopted a resolution establishing the position of “independent expert on protection against violence and discrimination based on sexual orientation and gender identity,” with 22 votes in favor, 19 against, and 6 abstentions.

The independent expert will be the first official focus point for promoting special new LGBT rights at the United Nations. His reports and statements will not be binding and only suggestions for states. Up until recently such a post was thought impossible.

The ISIS-inspired terrorist attack on a gay club in Orlando last month ramped up the pressure to support the proposal, out of sympathy for the victims. Observers of the vote in Geneva spoke of the “Orlando Effect.”

U.S. Ambassador Samantha Power, meeting with a select group of ambassadors at the Stonewall Inn in the Greenwich Village, boasted that U.S. diplomats were able to pressure states to get out of the way of the LGBT agenda at the U.N. The UN Security Council recently mentioned the term “sexual orientation and gender identity” for the first time.

Whether or not the terrorist attack was a decisive factor, the new composition of the Human Rights Council appears to be malleable to the influence of the United States and members of the European Union, who have demanded that countries not oppose LGBT initiatives.

The intense Western pressure caused a backlash, however.

South Africa, who proposed the first ever resolution on this topic in Geneva abstained from the vote. Ambassador Nozipho Mxakato-Diseko called the resolution “divisive” and lamented the “unnecessary acrimony” that was being caused by the “arrogant and confrontational approach” of the sponsors from Europe and the Americas. She concluded her scathing statement with an African Proverb.

In effect, sponsors of the resolution were isolated when it came to voting on amendments. Seven paragraphs were added to the resolution through hostile amendments that diluted the resolution by referencing “internationally recognized human rights” — code for saying that LGBT rights are not human rights — and the sovereign right of states to legislate on health and morals.

The backlash was even clearer when a resolution reaffirming the natural family was adopted the next day.

Nigeria spoke of how the United Nations agenda had been “hijacked to promote attitudes offensive to other states.” “No, no, no!” he said, any attempt will meet with a “stone wall.”

The General Assembly, as the presiding body of the United Nations, may reverse the decision of the Council. If not, it remains to be seen if the procedure launched will be renewed three years from now when the mandate of the independent expert expires.