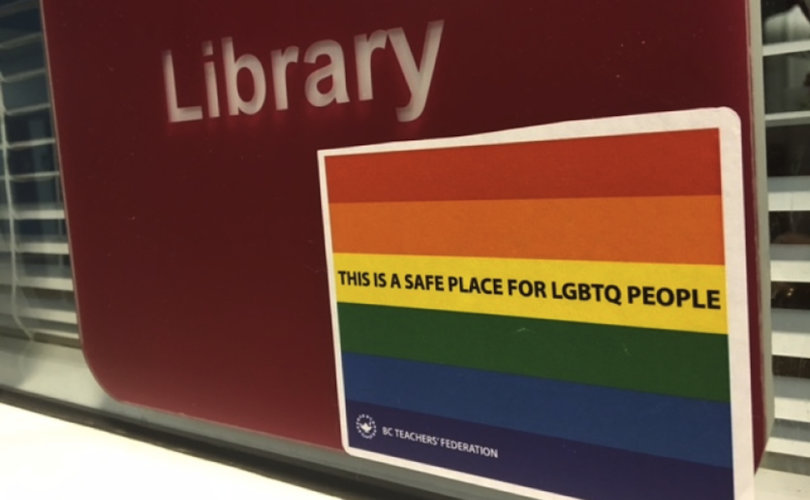 The district’s proposed code of conduct is its response to a demand from the provincial government that all districts enhance protection from bullying. Though many parents were concerned over the code’s focus on sexual minorities, a homosexual club at one school gathered 1,000 signatures calling for a specific policy protecting students targeted for Sexual Orientation Gender Identity (SOGI).

An ad hoc group of Richmond parents calling itself Parents Care gathered 6,100 signatures opposing the stand-alone SOGI policy as well as objectionable features of the proposed code. Nonetheless, the board voted last month to draft a SOGI policy. As well, the district has created a feedback website on the proposed code.

Colleen Cheng is a parent of two and one of Parents Care’s organizers. She told LifeSiteNews, “Parents are upset and discouraged because we all worked hard to get signatures, but school board ignored us. There is no transparency in the process.”

Fellow organizer Dong Pan added that one parent who spoke out at the school board meeting was “hissed at, heckled, and shut down.”

Pan also criticized the other side for what amounts to bullying. “People are intimidated. They are afraid they will be labeled a bigot.”

Parents Care’s concerns about the draft ethics code focus on what its members see as an emphasis on sexual minorities and its enforcement of politically correct speech.

While the ethics code is written mainly in generalities, Cheng complained that it only gets specific about sexual minorities. It requires school counselors to “be informed and knowledgeable about expectations pertaining to human rights, sexual orientation, gender identity and expression (SOGI), discrimination, bullying, cultural diversity, and harassment.”

Parents Care members are unconvinced, especially with the unwritten SOGI policy looming. Cheng pointed to a requirement in the proposed code that all students and staff must “use appropriate language which is respectful and inclusive in all situations.”

Cheng asked, “Does this mean our children will be required to use pronouns that transgender students prefer for themselves? This looks like compelled speech.” All parents are in favor of banning obscene and racist speech from schools. However, requiring people to use certain words are “restricting the way they think,” she said.

The parents are also concerned that the current code’s ban on weapons has vanished in the proposed code. Instead, there would be an opportunity to learn “about restricted and illegal substance use on school and district sites.”

Nixon said this arose from a desire to replace a list of heavy “thou shalt nots” with more positive statements of positive behavior.

However, the parents, said Cheng, suspect “they may be planning to make it OK for teachers to smoke marijuana, which would set a really bad example for students.” If weapons go from being specifically banned to going unmentioned, said Cheng, “we fear that our children’s safety will be sacrificed.”

Parents Care is now focusing on the upcoming SOGI policy. Cheng told LifeSiteNews that this policy is not only unnecessary it is unfair to other groups. Race, she said, is a more common cause of bullying than sexuality or gender identity. Autism is as well. Dong Pan added, “Singling out sexual groups will only increase the problem.”

Both parents acknowledge there was discrimination against sexual minorities in the past. Now they believe the LGBTQ groups are the ones doing the bullying. “Just because we disagree with them doesn’t mean we are discriminating,” Pan told LifeSiteNews. “Now people are afraid to state their disagreement. Our voice has been shut down by a politically correct climate.”

But Nixon told LifeSiteNews, “Parents are our valued educational partner. We welcome their suggestions. We do have a mechanism for feedback.”

Cheng, however, does not believe the system is listening. “I feel sorry for the next generation. They will grow up not learning how to think. This is not good for society.”

Dong Pan believes that the SOGI policy is part of a strategy to indoctrinate gender ideology and shut down different voices. He has decided to take his concerns directly to the people by running in the next provincial election as an independent. “I want to make a difference,” he told LifeSiteNews. “And I don’t want to be affiliated with any of the political parties.”