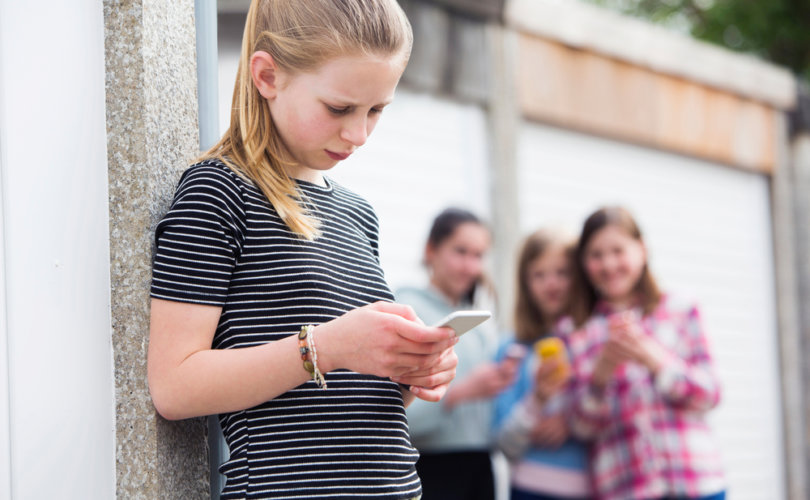 (LifeSiteNews) — The increase in LGBT identification is driven by social influence, according to credentialed experts studying the issue.

Self-identification as homosexual, transgender, and other apparent sexualities such as “gender fluid” are largely driven by social media, mainstream media, and peer influence, according to experts.

LifeSiteNews has begun compiling a review of stories, data, and statements from credible medical officials and social scientists on the topic of transgenderism and its harms. This article is the fourth in a series about the harms of transgenderism and includes insights from social scientists who looked at the cultural influences that lead people, particularly young adults, to identify as the opposite sex or with a disordered sexual inclination.

The first article focused on individual stories of “de-transitioners” and how transgender surgeries and drugs had harmed them. The second article focused on statements from American medical experts who studied this issue and concluded that the “transitioning” of kids amounted to “child abuse” and is creating a “public health issue.” The third article reviewed similar statements from European medical officials on the problems with pediatric transgender drugs and surgeries.

Young girls likely to identify as transgender due to social pressure

Dr. Lisa Littman published a landmark study on Rapid Onset Gender Dysphoria in 2018 that interviewed 256 parents of gender-dysphoric teenagers. The survey included 90 questions and found that “(86.7%) of the parents reported that, along with the sudden or rapid onset of gender dysphoria, their child either had an increase in their social media/internet use, belonged to a friend group in which one or multiple friends became transgender-identified during a similar timeframe, or both.”

Littman’s research drew on other recognized studies on social and psychological disorders that had affirmed how peer groups can lead to others identifying with the same issues. “Peer contagion has been associated with depressive symptoms, disordered eating, aggression, bullying, and drug use,” she noted. However, by touching on such a politically sensitive topic, the former professor faced significant backlash.

A paid consultant to LGBT advocacy groups could not debunk her study – with an attempt by Dr. Jack Turban to discredit her work being described as a “disaster” and slated by both critics and supporters of the transgender ideology.

There is a strong link between mental illness and liberal political beliefs and LGBT identification, Birbeck College political scientist Eric Kaufmann concluded in a 2022 study. Kaufmann, who has degrees in political science and economics, released a report for the Center for the Study of Partisanship and Ideology [CSPI] that found bisexual sexual behavior did not rise at the same rate as identification as bisexual.

He argued this meant that peer pressure led to people saying they had a disordered sexual inclination without acting on it. “If this was about people feeling able to come out, then we should have seen these two trends rise together,” he told The College Fix. “What we find instead is that identity is rising much faster than behavior, indicating that people with occasional rather than sustained feelings of attraction to the opposite sex are increasingly identifying as LGBT.”

Many people who identify as LGBT, particularly college students, see it as a political move, Kaufmann said.

“For those in elite settings like top universities, there is also a political motivation linked to resisting oppressors or dominant power structures,” Kaufmann told The College Fix. “There is also a psychological basis in that people who are higher in openness and neuroticism, and lower in conscientiousness tend to be liberal, and I believe these orientations correlate with LGBT identification.”

Gender dysphoric social media users give young girls the false idea that if they take hormones or dress like a man, they will be more attractive, the author of a book exposing the damages of the “Transgender Craze” concluded.

Attorney and journalist Abigail Shrier said girls regularly see other young women speaking about their own transition and how great they feel after taking testosterone injections, according to an interview with LifeSiteNews in 2020 about her book “Irreversible Damage: The Transgender Craze Seducing Our Daughters.”

“The spread of transgenderism among adolescent girls is truly a social contagion, Shrier argues, and not a medical or mental health issue,” LifeSiteNews previously reported. “The problem is that this contagion is causing long-term damage for these girls, who truly can’t understand what they’re giving up.”

“To stop the rapid spread of transgender ideology, Shrier recommends parents getting their kids out of public school,” LifeSiteNews reported. “Schools are indoctrinating kids with transgender ideology from a very young age. Being bombarded by this year after year is truly confusing our children, she notes.”

The first article in this series covered stories of “de-transitioners,” individuals who had once lived as the opposite sex. One of these, Helena Kerschner, has warned that online communities, at the time Tumblr, drove her to take testosterone injections.

Common sense tells us that peer pressure, too, is behind the increased identification. Social media algorithms work by reinforcing what you already believe, an idea recognized by political liberals. For example, the YouTube algorithm will show someone Ben Shapiro videos if they frequently watch other conservative content.

It follows logically, then, that a confused individual, struggling with hormones, junior high school, and all the other angst of a teenager, could get drawn into watching video after video about the benefits of transgenderism.

I never found the argument that YouTube radicalizes people with Jordan Peterson or Ben Shapiro videos very convincing, primarily because I don’t find either person radical. Oftentimes when leftists say social media made someone radical, they mean “conservative.”

But it is plausible that social media reinforces our preexisting beliefs. Of course, that is what it is there for, to connect us to like-minded individuals or people who have information that we believe might help us – or in the case of transgenderism, harm us, irreparably.